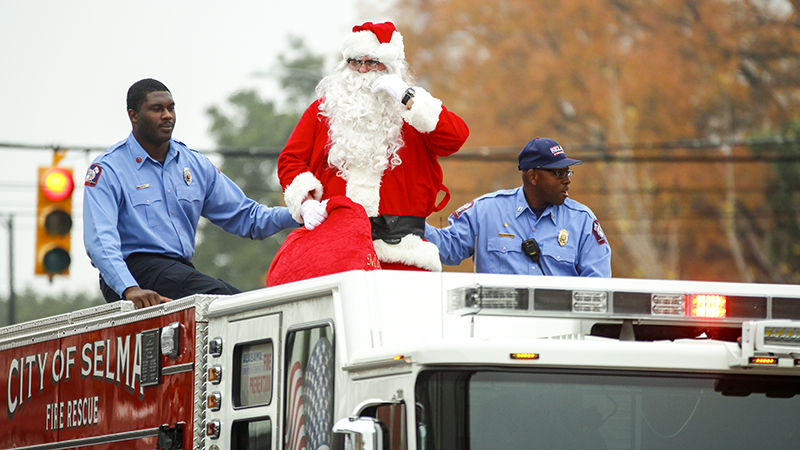 Santa waves to the crowd from atop a city of Selma Fire Department engine during Saturday’s Christmas parade.

Santa and other special guests were on hand in Selma on Saturday for the annual Selma Christmas Parade.

Those included U.S. Senate candidate Doug Jones and other politicians seeking office in 2018.

Grand marshals for the day though were Selma’s 15U Dixie Baseball World Series champions, who were given rings for their title after the parade.

“This has been an exciting campaign for me. But as someone who has always dreamed of being a World Series champion at any level, I’m so glad to be part of this historic moment in Selma, Alabama, where so much history has been made,” Jones said before introducing former San Francisco Giants pitcher Jake Peavy.

Peavy, a World Series champion, was an assistant coach for the 15U team, which his son Jacob played on.

Head Coach Ricky Waters introduced each player by name and said a little bit about what each meant to the team. Waters also handed each a championship ring with help from Selma Mayor Darrio Melton.

The team plans to be back together next summer for another tournament run.