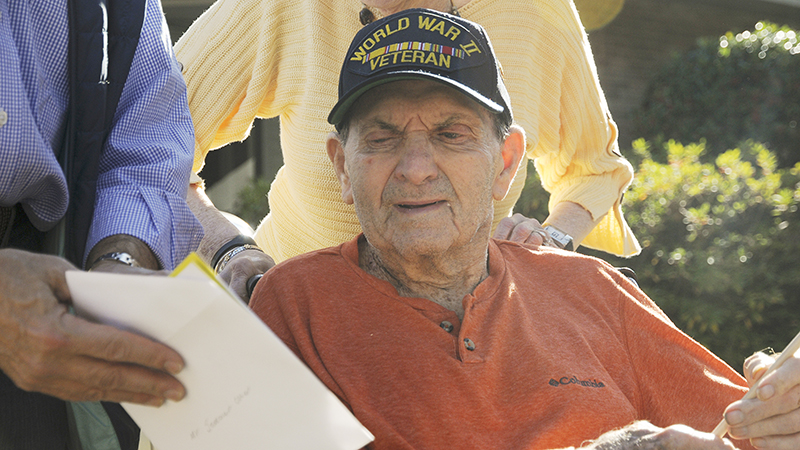 Seymour Cohn died at 102 last Friday. He lived in Selma for most of his life.

For many, it’s hard to put in words what Seymour Cohn meant to Selma, but one thing is for sure, he will always be remembered for his service.

Cohn, who lived most of his 102 years of life in the Queen City, passed away Friday in Manchester, Vermont. Cohn would have turned 103 on Dec. 16.

“It means the loss of a great ambassador for Selma, Alabama. He loved Selma. Everything he did was to help represent Selma,” said Ronnie Leet, who knew him all of his life. “Everybody Is going to lose by the passing of Seymour Cohn.”

Cohn was born in Atlanta in 1914 and was raised there. He came to Selma in 1941 for basic training at Craig Field after enlisting in the U.S. Army Air Force, where he met his future wife, June. After World War II, the two married. She passed away last year.

During his military career, Cohn achieved the rank of major. He served as ground commander of an Army Air Force airborne squadron.

After retiring in 1993, he decided to dedicate much of his time to helping others.

“Volunteering was his major interest,” June said about Cohn in an article from 2014. “He’s done everything there is to help in every way he could.”

“Seymour was a gentle, friendly, loving man,” Leet said. “He was the kind of person that most people would like to be. He was a gentlemen’s gentlemen. He was always complementary.”

Cohn received many honors for his service over the years, including Citizen of the Year in 2005 from the Selma Rotary Club, the Golden Deeds Award from the Exchange Club and the Certificate of Life Membership from the Salvation Army.

In 1993, he was named Senior Citizen Volunteer of the Year by the state.

He served as the grand marshal in 2013 for the annual Selma-Dallas County Christmas Parade.

Cohn also devoted much of his time to his Jewish faith.

“In the Jewish community, he conducted funerals for our congregation because he loved our religion,” Leet said. “He loved representing our religion. We will miss him dearly for our small congregation.”

“He loved golf. His golf was important to him,” Leet said. “He loved practicing and loved playing.”

“He meant so much to so many people. He just did so much good,” Pollack said. “He was a good neighbor, a good friend and he would do anything for anybody.”

Cohn was also featured in a book of centenarians called “If I Live to Be 100.”