Lewis and Allen represent their schools on 2017 Hoopla cover 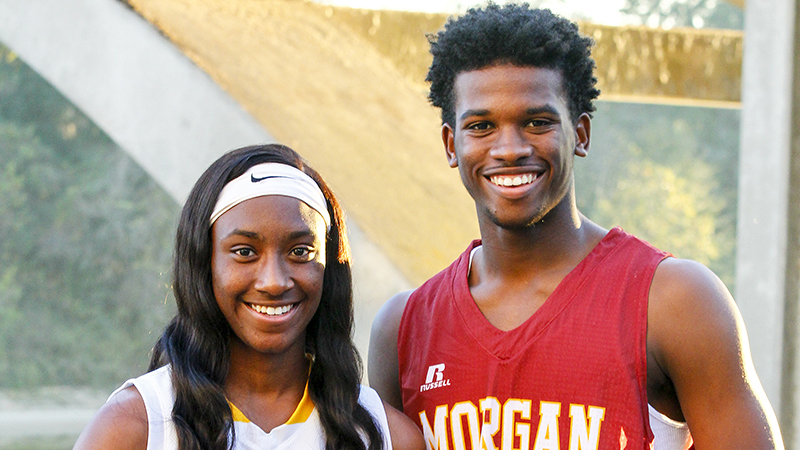 Selma High senior Kynadra Lewis and Morgan Academy junior Dione Allen will be the 2017 Hoopla cover athletes. Together they received the most Facebook likes during the cover contest.

Lewis and Allen’s photo won the Hoopla cover contest on Facebook with more than 500 likes. The cover photo was taken at the Songs of Selma riverfront park with part of the Edmund Pettus Bridge set as the backdrop.

Hoopla will be available inside the Wednesday, Nov. 29 edition.

Not only do they get to represent their schools, but both of their teams are still undefeated to start the season. Lewis and the Saints are 5-0 with wins over Dallas County, Francis Marion and a three-game sweep during the second annual Battle at the Beach tournament just before Thanksgiving Day.

“Kyndara Lewis is going to be the leader of this pack,” Selma head coach Anthony Harris said. “She’s been with me ever since she came out the eighth grade…She’s going to be an integral part of our program this year.”

Allen and the Senators are 4-0 early this season with wins over Tuscaloosa, Lee-Scott and a two-game sweep to win the Morgan Invitational tournament during the Thanksgiving break.

“Dione Allen is the catalyst of the team,” Morgan head coach Mark Knight said. “He’s sort of like the captain on the floor… He’s the spark plug, and he runs the floor well and plays really good defense.”