VIDEO: Woman spins another driver out into cars outside police department, confronts her with baseball bat 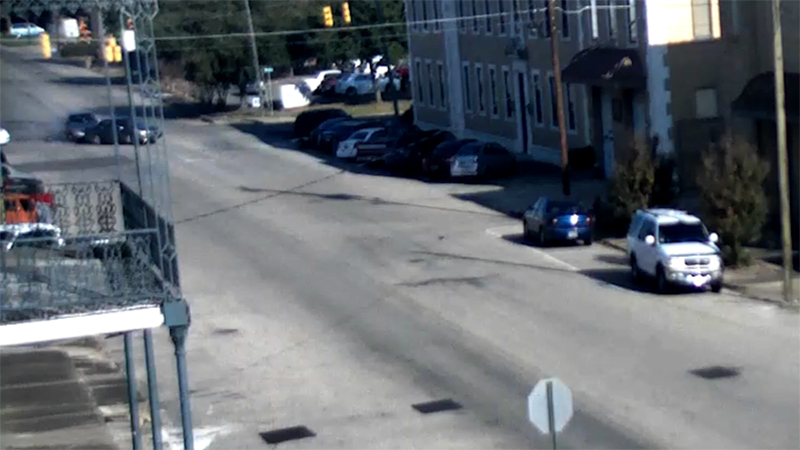 An 18-year-old Selma woman is behind bars after allegedly causing another woman to crash into other cars parked near the Selma Police Department on Thursday morning and then confronting her with a baseball bat.

An 18-year-old Selma woman is behind bars after allegedly causing another woman to crash into other cars parked outside the Selma Police Department on Thursday morning and then confronting her with a baseball bat.

Woman intentionally causes other woman to crash, confronts her with baseball bat from The Selma Times-Journal on Vimeo.

Collier said crash was the result of a domestic dispute between Moore and 19-year-old Holly Hopkins. The crash, which happened around 8:43 a.m. on Franklin Street, was caught on video by a surveillance camera on Water Avenue.

Just before the two cars get to the intersection of Franklin Street and Alabama Avenue, Moore performs was looks like a pit maneuver on Hopkins’ vehicle, causing her to lose control of the vehicle, go through the red light and crash into several cars parked alongside the Selma Police Department. Luckily, a car that was almost to the intersection stopped before getting caught in the crash.

Collier said three employees’ vehicles were damaged. The extent of the damage is unknown, but he said it was enough to pass for a felony charge.

After Hopkins car crashes into the three vehicles and comes to a stop, the video shows Moore get out of her vehicle with what appears to be a baseball bat in her hand.

The footage shows Moore attempting to open Hopkins’ car doors but stops after several police officers come out from the front of the police department to see what the commotion was about.

The video shows officers immediately check on Hopkins. It is unclear if she suffered any injuries from the accident. Moore was then detained and taken inside the department for booking.

Moore has no prior charges according to court records.