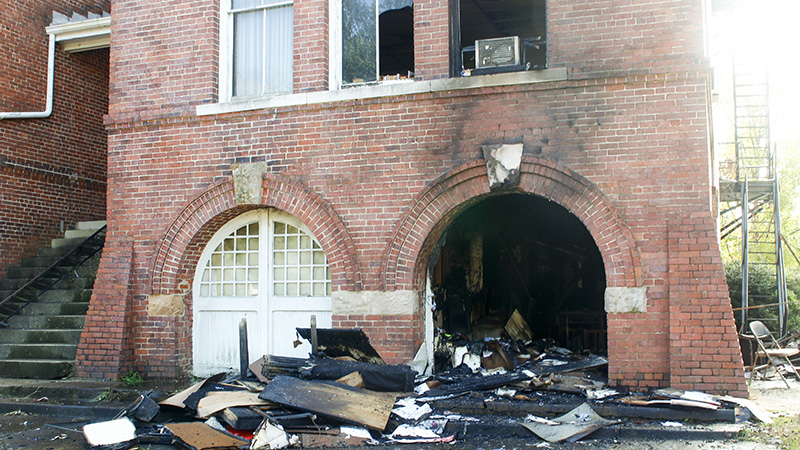 A person of interest sought in an arson case involving multiple intentionally set fires in downtown Selma has been interviewed, but the investigation continues, according to the Alabama State Fire Marshal’s Office.

State Fire Marshal Scott Pilgreen said Monday the person of interest captured by security cameras in the area around the time of the fires had been interviewed.

“[They’ve] been interviewed, but the investigation continues,” Pilgreen said. “I’ll leave it at that.”

No arrest has been made, and no charges have been filed.

Pilgreen said he would not release any further information about the fires or how they were started because he did not want to compromise the investigation.

The fires were set during the early morning hours of Sunday, Oct. 15 at three buildings located along Selma Avenue and at least two dumpsters. The Dallas Academy building, which houses the Selma Ceramic Art program and a Boy Scouts office, sustained the worst of the damage.

The other two buildings were apartment buildings. One is behind First Cahaba Bank, and the other is near SABRA Sanctuary. Fires were also set in dumpsters, one behind PNC Bank and Charlie’s Place.

Selma Mayor Darrio Melton said the city is waiting on a payout from its insurance company and for work to be done by contractors to clean the building and make repairs before allowing the ceramics program to start back up.

“First, it’s got to be cleaned up before they even go back into that building,” Melton said. “All of that is predicated on contractors going in there and insurance paying out.”

With the holiday season coming up, this is one of the program’s busiest times of the year.