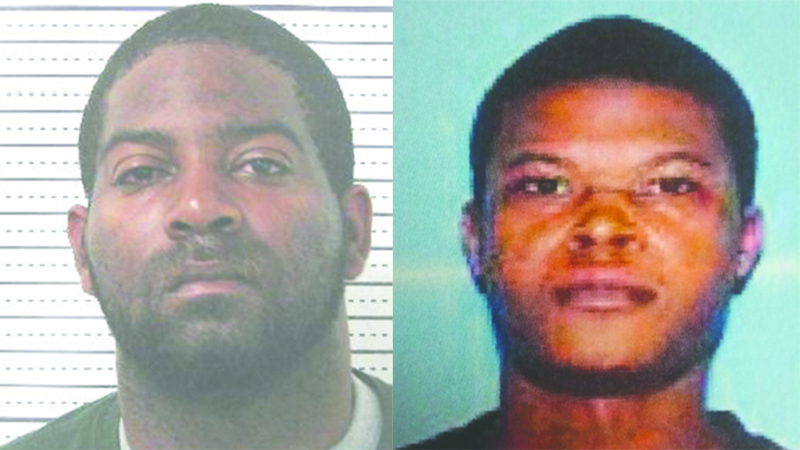 Juantonio Cosby, 30, and Kenneth Ingram, 29, have been arrested for murder and first-degree assault in the fatal shooting at Prime Ultra Lounge early Sunday morning.

Two arrests have been made in a fatal nightclub shooting over the weekend in east Selma.

Juantonio Cosby, 30, of Selma, and Kenneth O’Neal Ingram, 29, of Selma, have been charged with murder in the death of 20-year-old Shykereya Leggett, a student-athlete at Concordia College Alabama and the mother of a 10-month-old son.

Cosby and Ingram have also been charged with first-degree assault for shooting and injuring a 31-year-old Selma man in the leg. They are being held at the Dallas County Jail without bond.

Cosby was arrested late Wednesday night by the SPD’s narcotics unit during a surveillance detail.

Sgt. Ray Blanks, an investigator in the SPD Criminal Investigations Division, said Ingram turned himself in Thursday shortly before noon. Ingram was identified by investigators as a suspect Wednesday night, and they asked his family to encourage him to turn himself in peacefully.

The shooting happened just before 2 a.m. Sunday morning at Prime Ultra Lounge, which is also known as D’s Nite Spot. The club is located at 205 South Maxey Street. Anthony “Amp” Webster, who runs the venue, said there was a birthday party there Saturday night.

A fight inside the club that was broken up by security is believed to be the motive.

“What this appears to be unfortunately is another incident of territorial gang fighting that leads to innocent people dying,” Collier said Monday. “Two innocent people that played no role whatsoever in their childish gang disagreements that they have were just at a bar having a good time, and unfortunately one is dead, the mother of a child.”

Collier said Cosby and Ingram exited the lounge, but they did not leave the area. He said they found a dark, secluded area on the corner of Hardie Avenue and South Maxey Street and opened fire with a high-powered “military style” rifle at the entrance of the club as people were exiting.

Leggett was struck in the head, and the 31-year-old male was shot in the leg.

“To lay in wait just like cowards and just start firing at who exits the building, it’s just one of the most cowardly acts I’ve ever seen. It’s just cowardice. They ought to be ashamed of themselves,” Collier said. “It’s unfair to the people of Selma, it’s unfair to her and it’s unfair to her family.”

Collier said around 30 7.62 mm shell casings were found on the scene, which he described as military grade.

According to court records, Cosby and Ingram both have a criminal history. Cosby was charged with first-degree assault in 2010 and indicted by a grand jury in 2011. The charge was later dismissed in 2013. Ingram was charged in 2016 with two counts of first-degree assault, discharging a firearm into an occupied building and discharging a firearm into an unoccupied building.

Questions about the legality of the nightclub have also come up. Collier said the department has launched an investigation and is in communication with the Alabama Alcoholic Beverage Control Board.

The ABC Board said Wednesday their records indicate there was no liquor license for the venue. The city of Selma’s Tax and Licensing Department said Thursday that a business license for the location was last purchased on Dec. 28, 2016, but it had not been renewed in 2017 yet.

Webster said the venue does not operate as a nightclub. He said he rents the building out for private parties, but fliers posted on his Facebook page advertising events at the lounge say otherwise.

According to the ABC Board, it is illegal to sell alcohol without a liquor license. Webster said Wednesday he plans to shut the venue down after Sunday morning’s shooting. Ward 8 Councilman Michael Johnson also vowed to have the club shut down.

Leggett’s death marks the eighth homicide investigated by the police department. There have been nine total between the city and county so far in 2017.