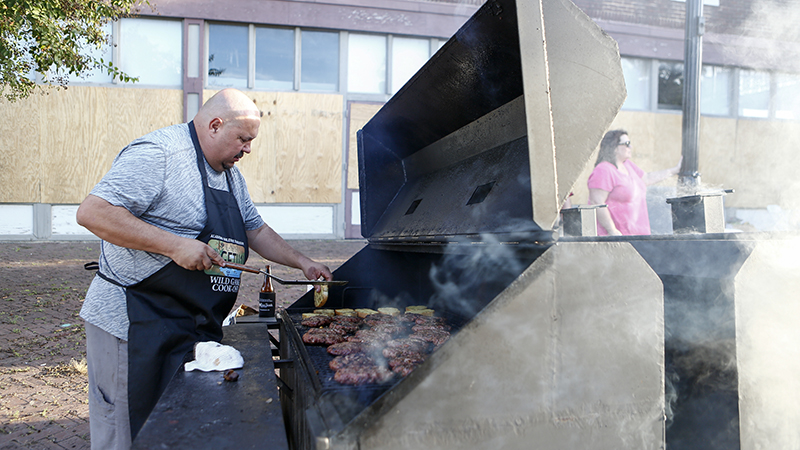 The smell of deer, wild hog and snake among other wild game lingered throughout downtown Selma Thursday evening as more than a dozen teams competed in the Alabama Wildlife Federation’s annual Wild Game Cook-Off. 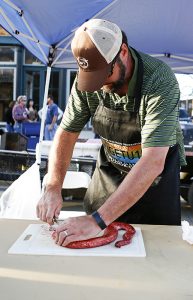 For the second year in a row, the Co-Op Cut Ups from the Central Alabama Electric Cooperative won best overall.

“The team is always getting out and we’re always going places. It’s just a big, tremendous honor not just personally but for the team.”

Last year, the team won with its jackrabbit potpie, but this year they won with their crappie stuffed steelhead trout.

“We take crappie and stew it down with onions, bell peppers some more ingredients and then we take it out on a flatiron and grill it up and bring it back and stuff the fish and grill it with it,” Green said. “We serve it on an actual crappie cake.”

Green said it gives the cook team a chance to try something new instead of the same old recipes.

“We do something different with it to show that you don’t have to do the typical fried fish. You can grill it,” he said. “You can stuff it with different things. Grilled fish is something we just started trying like the last two cook-offs, so it’s really turned out well.”

His team will go on to compete in the state finals in August 2018 in Millbrook.

Organizer Tim Wood said this year’s cook-off was their biggest yet with 14 cook teams and the biggest crowd he’s seen yet.

Wood said he enjoys seeing the many different ways cook teams come up with to cook their meat instead of the traditional ones. 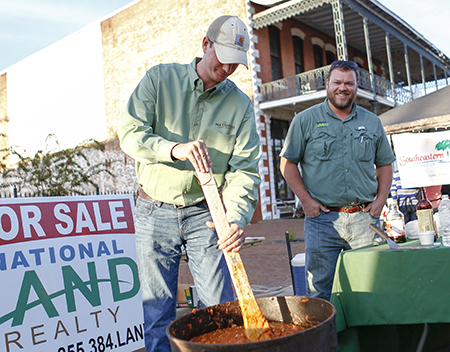 “These guys are a lot more creative than I am. That’s all I can say,” he laughed. “I’m eating a piece of pork back there, and these guys got all these balsamic vinegars and special olive oils. I can’t cook like that. I just throw it on the grill and eat it and when I’m full I’m full. They’ve got a totally different twist to wildlife. This has been outstanding.”

William Newman from team Just Playin’ said the competition highlights the importance of hunters cooking and using what they harvest.

“Anything we harvest, we’re going to put on the table. God gave us that gift to have the animals out there to provide for us,” he said. “You can go out there and get a deer, and that’s like 40 to 50 pounds of meat after a dress. To people that don’t have a lot, that’s a big thing to them.”