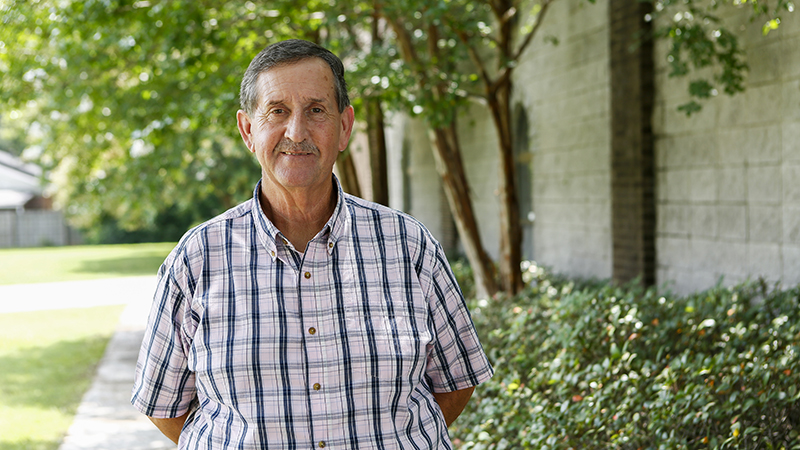 Meadowview headmaster Micheal Blair coached his final game with the Trojans. He will hire a new football coach for the 2018 season.

Meadowview Christian School’s head master Micheal Blair will be looking for a new head coach for next season.

Blair, who had already retired from 30 plus year coaching career, stepped up to the plate this year when the school was unable to hire a new football coach for the 2016 season.

Due to a scheduling conflict, there will be no game against Lyman Ward this Friday night, and there will not be a makeup game.

Lyman Ward scheduled a region game on the same Friday, so the Meadowview game was canceled.

“We were getting ready to play, and found out they’ve got a region game,” Blair said. “So, we’re done.”

The Trojans (1-7) were hindered by injuries all season long, according to Blair. In 8-man football, there isn’t much to do when injuries dwindle down your roster.

They worked hard and played hard,” he said. “We were injury plagued all year. Every time we’d get them well, we’d get two more hurt. We weren’t healthy, except for the first play of the first game.”

In their last game of the season against Tabernacle, the Trojans had a 16-14 lead until quarterback Jeremy Lee got injured. The scoring stalled after Lee went down and the team lost that game 68-16.

The only two seniors on the team, Chris Wilson and Mason Kendrick, both were injured during the course of the season and made the efforts to get back on the field as soon as they could.

“We had three or four kids that were really hurt and went to their doctors and begged them to get cleared so they could play,” coach said.

The Trojans battled through a tough season, but Blair says their desire to play shows the program is going in the right direction. The team will have to build upon what Blair started with them.

“They just had a lot to learn still,” Blair said. “If you can block and tackle, then you’ve got a chance. That’s the part that we worked on, but we just didn’t work on it enough, evidently.”

Blair extended thanks to Cody Blair, Darren McGillberry and Scott Gunter for their help with the football program.

“We couldn’t have done anything without those guys helping,” he said. “They were such an asset to our team and our program. It was wonderful being with them, and I appreciate them for all that they did.”