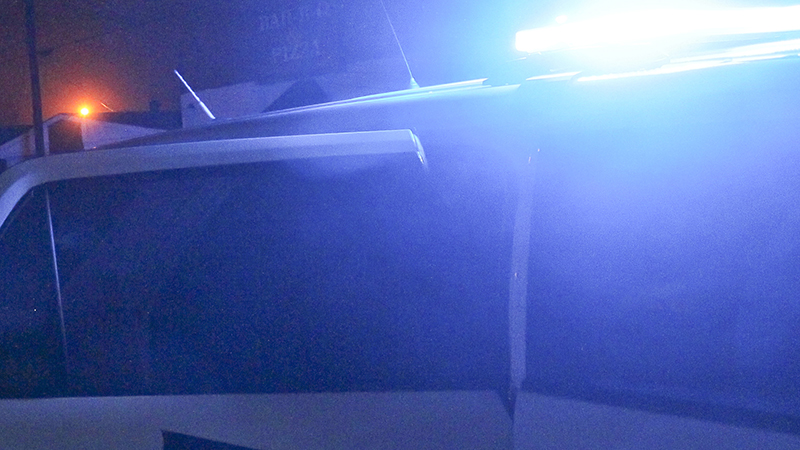 The Selma Police Department is investigating the death of a 24-year-old Selma man after an apparent shooting and car crash early Monday morning.

Lt. Tory Neely with SPD’s Criminal Investigations Division said Jamarius Deonta Fails was found dead in the backseat of a crashed vehicle near the intersection of J.L. Chestnut Jr. Boulevard and Jackson Street around 3 a.m.

Neely said an officer was conducting a patrol on the 1200 block of J.L. Chestnut Jr. Boulevard when he heard nearby gunshots.

“Shortly after hearing the gunshots, he saw a car come past him at a high rate of speed going westbound on J.L. Chestnut Jr. Boulevard,” Neely said. “He then attempted to get behind the car and do a traffic stop to see what the problem was.”

The driver eventually lost control of the vehicle and crashed.

“I don’t know if he actually saw the officer behind him or not because of how fast he came past,” Neely said.

“When the car got over into the 300 or 400 block of J.L. Chestnut Jr. Boulevard around Jackson Street, the driver lost control of the vehicle, hit an iron pole near a fire hydrant, bounced off the iron pole and struck a telephone pole, where it came to rest.”

Neely said when the officer approached the vehicle, someone in the front passenger seat exited the vehicle and took off running into a wooded area. The driver also tried to exit the vehicle.

“As the officer ordered him down on the ground, the driver began to tell the officer abruptly that his partner had been shot, and that he was in the backseat of the vehicle.”

Neely said the officer observed Fails incapacitated in the backseat bleeding from the head and chest area.

Once more officers got on scene along with paramedics, it was determined Fails was deceased, but Neely said it is unclear if he died from the gunshot wound or from injuries possibly sustained in the crash.

“We did observe a couple of gunshots into the vehicle. When we removed the victim from the vehicle and did a close examination of him, we noticed that there was a puncture wound to the torso/chest area,” Neely said. “We’re making an assumption that it was a gunshot wound, and we’re working the case as if it is a homicide.”

Fails’ body is being sent to the Alabama Department of Forensic Sciences to determine the exact cause of death.

Neely said Fails’ had no identification on his person at the time and had to be identified by family.

“From knowing people in the neighborhood, we suspected who he was and made contact with that family. The family did come down, and the dad made a positive identification of who he was,” Neely said.

Neely said the driver of the vehicle appeared intoxicated at the time of the crash, so investigators had to wait for him to sober up before conducting an interview. Neely said they were also able to locate the passenger that fled the vehicle once it crashed.

The investigation is ongoing and investigators hope interviews with the driver and passenger, who were not identified, will paint a clearer picture of what led to Fails’ death.

No arrests have been made in the case as of Monday afternoon, and no charges have been filed against the driver.