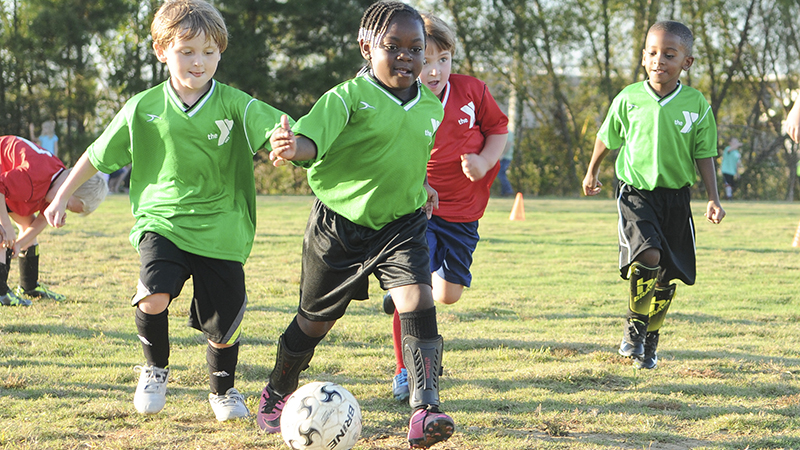 Two YMCA of Selma-Dallas County projects that have been in the works over the last two years are officially complete.

The Y held a grand opening Thursday to welcome the addition of soccer fields and a walking trail.

“It’s just a good completion of what we believe in,” said Ann Murray, executive director of the YMCA. “We want to strengthen Selma, and all of us are working together to be able to do that.”

Children have been playing on the soccer fields for a few weeks, and people started walking the trail at the beginning of the month, but the grand opening made it official.

The soccer fields have been in the works for two years, Murray said, and now, they are finally being played on.

“We’re thrilled to death, and it’s just really fun to share it with all these people who have really helped us like Pepsi Selma, Alabama Beverage Association,” Murray said.

The Selma Rotary Club also pitched in with the bleachers.

“They wrote a grant, got the grant and got the bleachers for us. Then, they had to put them together,” Murray said as parents watched and cheered their children on from them. “It was a process. They were out here, and I mean working. We really appreciate Rotary doing that.”

Murray said she was thrilled to finally have a place at the YMCA for children to play soccer. In years past they played on other fields throughout the city.

“Thirty years ago my boys were playing soccer in Selma or the Y, and we always played at outlying locations, never close to the Y,” she said. “So this many years later, this is the first time that children in Selma have played for the Y at the Y.”

The walking trail was a project with Alabama Power Company. The trail starts behind the playground beside the Y and loops around behind and beside the building. Murray said six laps make a mile.

“It’s like being out of town. It’s quiet back there,” Murray said. “It is tranquil. People are going to love it.”