A Selma man and two others have been arrested and charged with the murder of an Autauga County man. 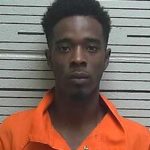 According to the Autauga County Sheriff’s Department, 20-year-old Quindarrius Rayshaun Tarrance, of Selma, has been charged with murder and first-degree robbery.

Tarrance, along with 19-year-old Kelton Sherrod Williams of Millbrook, were arrested Thursday in Selma after warrants were executed. 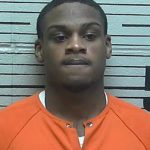 Jeweline Monique Cozadd, 22, of Wetumpka, was arrested on Oct. 4 and also charged with murder and first-degree robbery.

The arrests were made with the assistance of U.S. Marshals from the middle and southern districts of Alabama, the Alabama Law Enforcement Agency SWAT Team, the Fourth and 17th Judicial Drug Task Forces, the Dallas County Sheriff’s Office and the Selma Police Department.

Earnest Donaldson, an agent with the Fourth Judicial Circuit Drug Task Force, said Williams was arrested at an apartment complex near Selma High School, while Tarrance was arrested at a home on Kings Bend Road.

According to a release from the Autauga County Sheriff’s Department, 40-year-old Melvin W. Perry was shot to death at a home on County Road 1 South in Autauga County on Oct. 1. Officers responded to the scene around 8:20 a.m. that morning. 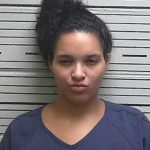