Two men given 20 years each in botched robbery

Two Selma men have been sentenced to 20 years in prison for a March 2015 nightclub robbery gone wrong. 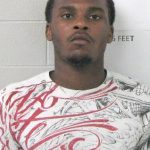 Rose was 17 years old at the time of the robbery, and Turner was 21 years old.

The robbery happened at Southern Comfort Lounge on the corner of Race Street and Water Avenue on March 26, 2015 around 9 p.m.

Officers responded to the nightclub in reference to shots fired inside the building. While officers were on the way to the scene, they were advised by dispatch one suspect was in custody and another suffering from a possible gunshot wound fled to a nearby mobile home park.

Officers were told by witnesses two men entered the club armed with guns, demanded money and told everyone inside the get down. 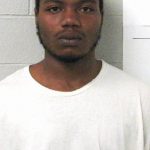 Rose was identified as the suspect that fled and was found by two officers hiding under a mobile home with a gunshot wound to the left leg and foot. Officers found a camouflage mask and a .40 caliber High-Point handgun along with a blood trail on the path Rose took from the club to the park. The suspect detained inside the club was identified as Turner, who was taken to Selma Police Department headquarters for questioning. According to court documents, during an interview with detectives, Turner admitted to trying to rob the club. He also told investigators he “laid down on the floor with the intent to blend in with customers” after shots were fired. Multiple witnesses interviewed by detectives were able to identify both Rose and Turner as the two men that entered the club armed with guns.

Several shell casings that matched the .40 caliber handgun found on the path Rose took to the mobile home park were found inside the club. It is unclear how Rose was shot or who shot him.