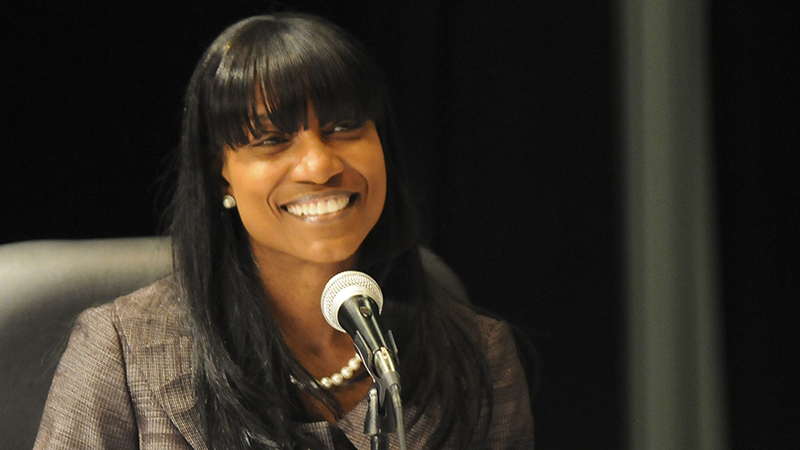 Williams, who said she was in town Tuesday looking at houses, said she is excited to get to Selma and get to work for the school system.

The board voted to hire Williams on Sept. 7 after a summer-long superintendent search that started in May. She was one of five candidates the board narrowed its choices down to.

The board held a special called meeting Monday night to vote on her contract but ended up making some amendments to a few sections.

Johnny Moss, school board president, said attorney Katie Campbell spoke to Williams about the changes, and she agreed to accept them.

“I’m just elated, relieved,” Moss said. “It’s been a tiring process. It’s been a long process and one I don’t want to do again. We’re just excited to have her. I think she fits well with what we wanted as a vision from the board standpoint and from a community standpoint.”

Williams said she met with all of the principals in the school system Tuesday morning, and she is excited to get to work with them.

Her first day on the job will be next Thursday, Oct. 5.

Moss said Williams will come in with ideas ready to implement in the system.

“We’ve got to focus more on literacy, so I do have several ideas for some literacy work that involves the entire community,” Williams said.

“It’s called ‘Read Selma Read!” It has a number of different components of it, but the idea behind it is literacy and teaching reading is a community-wide effort.”

Williams is coming to Selma from Tuscaloosa City Schools, where she served as assistant superintendent. Moss said her hire is a big moment for Selma City Schools.

“I think the community is going to embrace her,” Moss said. “She’s energetic, personable and she’s smart. She really has a plan, and we’re just excited to get behind it.”