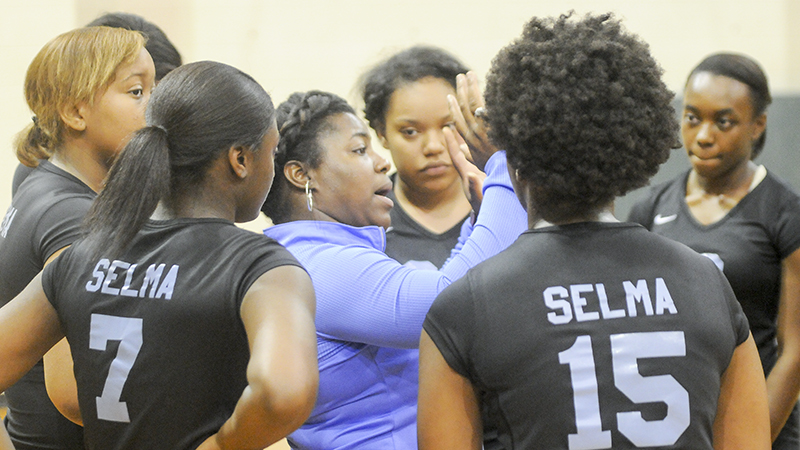 Selma defeated the Hornets this past Wednesday in four sets, and this match had the same intensity for every point.

“Like I’ve said, it’s always a good competition with Dallas County,” Selma head coach Katasha Turner said. “It’s one of our best competitions we have in our area.”

Unfortunately for Dallas County, they were unable to keep the game as close as they had last week.

The Hornets were able to hang with the Saints early in each set, but failed to maintain their serve long enough to go on any substantial scoring runs.

The Hornets longest scoring streak of the match was a four-point run early in the first set.

The Saints, on the other hand, were able to capitalize on multiple streaks in each set that gave them comfortable leads.

The difference in the game was at the net where McGraw and Manual used their height advantage to earn points on kills and blocks.

Winning the rivalry game was great for the Saints, but according to Turner, the focus is on the final area game of the season against Stanhope Elmore on Oct. 10. Stanhope defeated the Saints in four sets earlier this month.

“Right now, it’s not looking good in the area,” Turner said. “But play-wise, we can get there. We just have to believe in ourselves and play every game like it’s the last game.”

The Saints travel to play Autaguaville next on Thursday, Sept. 28.