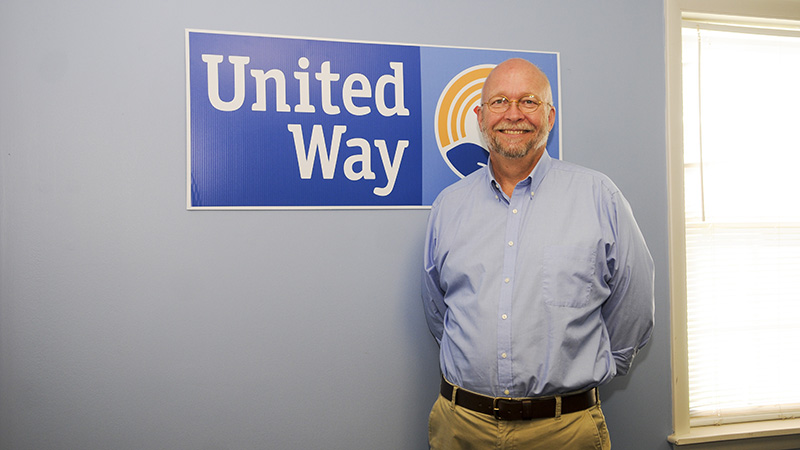 Jeff Cothran and the United Way of Selma and Dallas County has kicked off its annual campaign, which helps fund nonprofits throughout the community.

The money raised each year by the United Way of Selma and Dallas County can be seen throughout the community making a difference, and the organization is hoping to see that continue.

“Every year is a vital year but this year especially because we’ve gone through all of these eight or nine years of economic downturn that hurt Selma so much,” said United Way Director Jeff Cothran. “Selma has still been very slow to recover from that, and so the need is still very, very great.”

Money raised by the United Way stays in Selma and Dallas County and helps fund 15 agencies as well as the organization’s own direct services like Doc in a Bus, HealthLink and other programs.

“We just want to help people realize their own dreams and the way they want to try to help their friends and neighbors,” Cothran said.

Bosco Nutrition Center, Selma Area Food Bank, Cahaba Mental Health Center and the YMCA of Selma and Dallas County are just a handful of the agencies that receive help from the United Way and depend on the funding.

“When somebody is hungry, they can go to Bosco Nutrition Center and get a meal twice a day free every single day of the week,” Cothran said. “The Selma Area Food Bank is distributing over one million pounds of food a year in four counties, and that is because people are giving money to United Way and supporting United Way.”

Last year, the campaign raised around $325,000, and Cothran is hoping to raise at least that this year.

“Nobody wants any more funding cuts. Funding cuts have just devastated all agencies all over,” Cothran said. “The state and federal grant programs have been cut each and every year, and what we want to try to do is at least let the United Way be a stable funding source.”

There are several different ways to make donations to the United Way. Cothran said the easiest way is payroll deduction, which many business offer.

“When you look at International Paper, their goal is to raise $100,000 with the employees there, which is huge when you consider that’s just IP. The hospital, I don’t know how many employees they have, but that could be enormous,” he said.

“All of these companies that participate and have been such great partners and supporters over the years, we just ask them to continue to do so, and companies that want to be a part of the community of giving and caring here in Selma and be a good part of it, United Way offers a great way to partner.”

Other ways to donate are online through the United Way’s website, which is www.selmaunitedway.org. Cothran said they can also accept checks by mail.

“We just truly hope we get the support from the community like we’ve enjoyed in year’s past,” he said.