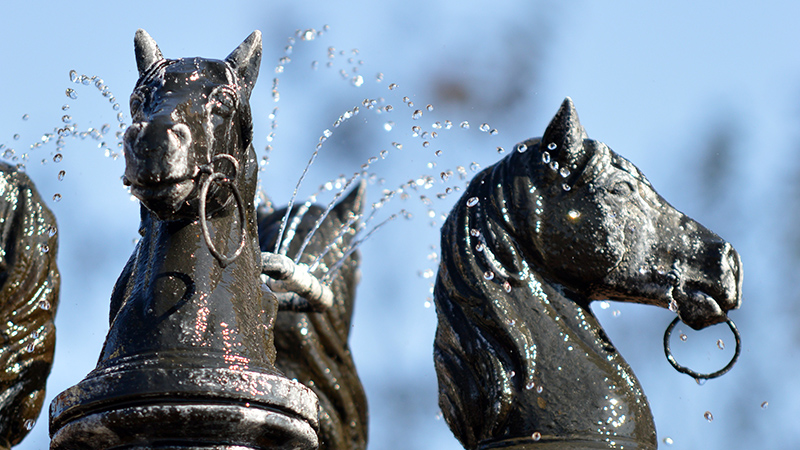 Selma Mayor Darrio Melton said Tuesday the contract between the city and Erudite Holdings, parent company of hotelFUBU, has expired.

The future of the historic St. James Hotel is once again up in the air.

Selma Mayor Darrio Melton said Tuesday the contract between the city and Erudite Holdings, parent company of hotelFUBU, has expired, and the company has not been able to come up with the funding to purchase the hotel and renovate it.

“Our understanding is the original investors … saw interest elsewhere in another property,” Melton said. “They were trying to come up with other funding streams to get the property here as well.”

Melton was hoping to have good news to share with the Selma City Council during its meeting Tuesday night, but instead he had to tell them the deal appeared to be off — at least for now.

The contract originally expired on Aug. 25, but it was extended to Sept. 12 to allow more time for Erudite Holdings to secure funding.

“The city has done everything possible to meet them on this agreement to make it a reality and a win-win for both sides,” Melton said. “While I’m still optimistic about hotelFUBU and Erudite Holdings coming in, realistically we have to look at what’s the next move for that hotel.”

Melton said now the council must decide whether to relist the hotel or to extend the agreement with Erudite Holdings to allow more time to come up with the funding.

According to Melton, hotelFUBU’s interest has never wavered since they first offered to buy the hotel earlier this year for $400,000 and pledged to spend $3 million in renovations.

“I just think this is more of a financing issue than it is them not having interest in the hotel,” Melton said. “They have shown plenty of interest in the investment they’ve made in trying to come up with the money needed to renovate the hotel.”

Harry Gamble, whose law firm, Gamble, Gamble, Calame & Jones, LLC, represented the city in the deal, told the council Tuesday night that $25,000 of earnest money from Erudite will be forfeited to the city.

“If there is any good news, we have that earnest money,” Gamble said. “Secondly, there has been a lot of corrective work to get the title in shape. The next time any contract comes up, it should be much easier for the council to proceed knowing the title insurance is there and the basic background is done.”

Melton said with the hotel not being sold yet, he remains optimistic about it. Melton said he does not know who will end up buying the hotel, but he knows for sure the city will not run it like they have in the past.

“I can strongly say that the city will not be in the business of operating the hotel,” he said. “It’s a money pit. We cannot afford to run the hotel. Citizens don’t give us resources or revenue to operate a hotel.”

The hotel has not been in operation since July when hotelFUBU asked the city to shut the doors so they could have estimates done for renovations. The city has been paying for security seven days a week, 24 hours a day. Melton said in an agreement extension Erudite Holdings agreed to repay the city for security costs once the deal was final.

Melton said if the agreement is not extended, security will not be maintained at the hotel.

“If the agreement is not extended with FUBU, the hotel will be shut down completely with no security down there,” he said. “We will board up the hotel.”

The council decided Tuesday night to discuss the future of the St. James at its next work session or at a special called meeting.