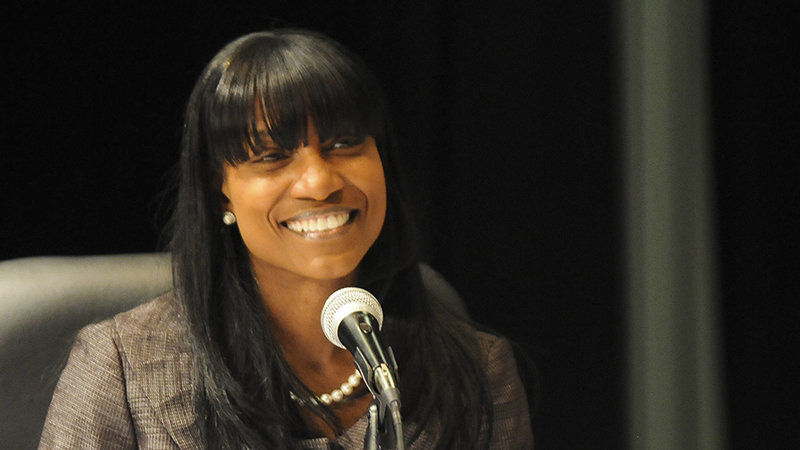 The Selma City School Board voted unanimously Thursday night at a special called board meeting to name Avis Williams superintendent of the system.

Williams lives in Tuscaloosa and is currently the assistant superintendent for the Tuscaloosa City School System.

Before her current position, Williams was the executive director of secondary curriculum and instruction in the Guilford County School System in Greensboro, North Carolina.

She has also served as a principal, assistant principal, teacher, adjunct instructor and coach since beginning her career in 1989.

“We unanimously voted to hire Williams as our next superintendent and after a brief conversation with her, she’s accepted the job but contract details and start date need to be ironed out,” said board president Johnny Moss. “She was strong in curriculum and learning and also in professional development training. She’s also had two years of assistant superintending experience in Tuscaloosa City Schools.”

The other two finalists were D. Ray Hill and Robert Griffin.

“This has been a challenging process, more challenging than excepted. We’re just excited because she wants to be here, she wants to purchase a home, she wants to get involved in the community,” Moss said. “I think she’s going to be good not only for our school system but for our community as a whole. She has strong leadership skills and she’s a proven leader. If she can do just half of the things she’s done in other capacities, we’re going to be great.”

Moss called Williams following the vote and offered her the position, of which she accepted.

“[I’m] very humbled and extremely grateful and excited,” Williams said. “Selma is a wonderful city and I look forward to being the lead instructional leader there.”

Moss said the board was interested in a plan that Williams had developed for her potential first year as the superintendent and they are excited to see that plan in action.

The plan is broken down to the first 30 days, 60-90 days and the first year and what her goals are for those time periods.

“I call it hit the ground learning,” Williams said of the first phase. “It’s really a time to build relationships with teacher groups, parents groups, meeting with students and really learning as much as I can about the community.”

Williams plans to go to the schools in person and attend extracurricular events to really have a hands-on experience getting to know those that she will be leading.

She has plans to meet with not only teachers and administrators but also with community leaders.

“The first 30 days is really focused on people and relationships. It’s just my time to really get an understanding of what some of the needs and challenges are, but also identifying some of our strengths.”

The second phase is team Selma, and getting down to the data, from students to budgets.

“This is where I’m really working closely with the school leadership teams as well as district leadership teams and school board members, where we’re getting down to businesses as far as looking at comprehensive data,” she said.

Selma has gone through numerous changes in the superintendent office over the last several years, and Williams said it is important to her that the community knows that she plans to make Selma her home and stay for the long run to help move the system forward.

“That is really important to me, that I am seen as a stabilizing force within the school district and the community,” she said. “One of the things I talked about to the board at my interview was community involvement and involving the community and I firmly believe it’s difficult to do that when you’re not part of the community.”

Williams applied for the position in the past but did not get the role. That didn’t stop her from trying again.

“I came back because I’m interested in making an impact in Selma City Schools. My desire and my goals in terms of wanting to be the superintendent didn’t go away because I wasn’t selected the first time,” Williams said. “I’m not job hunting and just looking for a superintendent job, I’m really interested in Selma City Schools and the work that needs to be done there and taking that leadership role and improving the outcome of the students in that community.”

Williams said she grew up in an area like Selma and has experienced poverty herself. She believes that experience will help motivate her to help the children in this community.

“I’m a product of poverty. I grew up in a small town that reminds me a lot of Selma, in North Carolina. I know for me, education was the key. It was the key to my success, it was the key to me being able to obtain what I’ve been able to do,” she said.