Jailer charged with trying to smuggle pot, phone in

A guard at the Dallas County Jail has been arrested and fired after being caught allegedly trying to smuggle contraband to an inmate Tuesday. 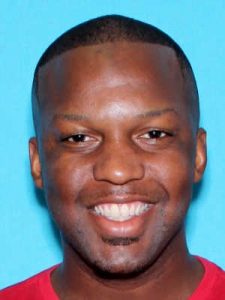 “When he reported to work around 3 p.m. (Tuesday) he was observed placing an unknown bag up under a car, and the bag was retrieved,” Granthum said. “We opened up the bag, and it was contraband that we think was meant for an inmate.”

Granthum said inside the bag they found several packs of marijuana, cigars, tobacco, a cell phone and other personal items.

“We brought him in and interviewed him, and he did advise us that he did bring the stuff in and that he was going to hand it off to an inmate in a cell block,” Granthum said.

“He didn’t actually bring it all the way back into the jail where the inmates were. We believe he was leaving it for a trustee or a yard man to pick up and introduce into the jail,” Granthum said.

Granthum said Lanier said he was doing it for financial gain.

“Guards do it for different reasons. We’ve interviewed some that did it because they were scared of the inmate. A family member may have pressured them into it,” he said. “A lot [do it] for financial gain.”

Granthum said it is disheartening to see a guard bringing contraband into the jail.

“The guards are vigilant about doing stuff, but when you have a guard that is doing this it kind of puts a damper on all the work you’ve done keeping it out,” Granthum said.

“We’re going to prosecute it to the fullest. He’s supposed to be held to a higher standard than other people, and it’s not going to be tolerated under this administration. It’s just not going to happen.”

Lanier, who had been employed with the jail since April, was fired. Granthum said there are policies and procedures in place to keep contraband from being brought it, but sometimes it slips through the cracks.

“This isn’t the first employee we’ve had to get rid of because of this. It’s common not only here, but it’s everywhere,” he said. “We’ve called other counties and figured out how they’re combating it. We’ve implemented some safety precautions to prevent that stuff.”

Granthum said the case is still under investigation.