A Selma truck driver has been reported missing after his truck was found abandoned after making a delivery in Birmingham last week. 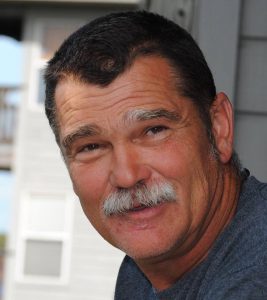 McLeroy is a delivery driver for Cosby-Carmichael Inc. and had just completed a delivery at American Cast Iron Pipe in Birmingham.

He has worked for the company for about a year.

“He works third shift, so he made his delivery to American Cast Iron Pipe at about 3 a.m. on Wednesday morning,” Gwyn said. “His truck was found a half-mile away. His cell phone was in the truck. The truck was locked up, and he has the keys.”

Gwyn said her brother’s truck was found around a half-mile from where he made the delivery near the Finley Boulevard exit off of Interstate 65 in Birmingham.

“Like he just got out and walked away from it,” she said. “It was like nothing had been tampered with or nothing like that. It’s the craziest thing. I don’t get it. I don’t understand it.”

Gwyn, who lives in North Carolina, said their family is not sure if he is in danger, or if he disappeared on his own.

Lt. Sean Edwards, a public information officer with the Birmingham Police Department, said investigators are currently following up on leads in the missing person case.

“We’re following up on leads where a period that Mr. McLeroy might have visited one of the local hotels, so we’re just following the leads on that right now and still trying to locate him,” Edwards said Tuesday.

Gwyn said her brother calls their mother in Indiana several times a day, but the last time he called her was last Tuesday.

“He calls my mother every single day generally two to three times a day, and she has not heard from his since Tuesday last week,” she said.

The Missing Truck Driver Alert Network posted a missing driver alert Sunday, and as of Tuesday afternoon, it had been shared 7,255 times.