First responder of the week: Gallion follows in father’s footsteps 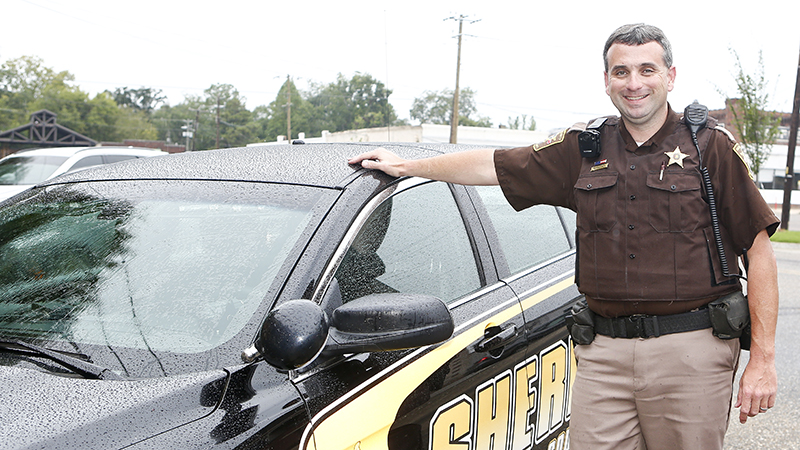 Dallas County Sheriffs deputy Brian Gallion has been with the department since 2004.

Growing up with a dad who worked for the Selma Police Department, Brian Gallion always knew he wanted to follow in his footsteps and become a law enforcement officer when he got older.

Although his parents didn’t push him into the career, Gallion said he knew it was the right path for him.

Gallion began his career with the Selma Police Department in 1999 and took a position with the Dallas County Sheriffs Department in 2004, where he currently serves as a deputy.

Gallion grew up in Dallas County and graduated from Dallas County High School before furthering his education at Wallace Community College Selma. He is married to Courtney and they have a son, Christopher Tyson.

Gallion said he loves the unexpected component of his job and walking into something different every day.

“It’s never boring. You never know what’s next around the corner,” Gallion said. “It’s never the same, no matter what day it is. Even the calls that are similar, they’re not the same. Everything is different. You can’t expect it to be the same at all.”

Besides getting to do something new every day, Gallion said he enjoys helping the people of the community where he grew up.

Gallion said he feels called to work in law enforcement, and although it’s not easy, he knows it is here he is supposed to be.