Ross works her way up through bank since its founding 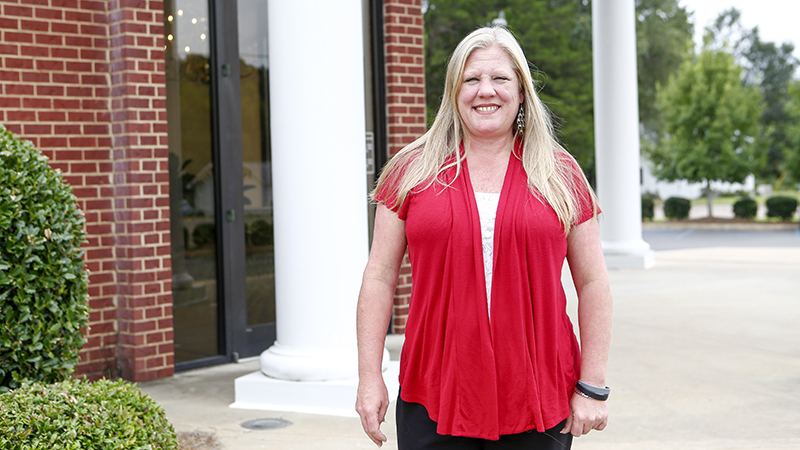 Carla Ross poses for a photo Monday in front of First Cahawba Bank. Ross has been promoted to the banks chief operations officer.

Carla Ross joined First Cahawba Bank as the head teller when it first opened in 2007. Since then, she has continued to work her way up and was promoted to the chief operations officer of the bank in January.

“I have been privileged to work with First Cahawba Bank during these last 10 years,” Ross said. “It has been a very rewarding experience to see our bank grow and do so while working with an amazing group of wonderful people and talented bankers.”

Throughout her time at the bank, she served as the head teller, loan operations specialist, deposit operations supervisor and vice president of operations before being named the COO.

Ross said she is happy to be part of the bank and watch as it continues to grow.

“I am very excited about the direction of our bank, and I look forward to the many fantastic opportunities in front of us,” Ross said.

Richard Walters, chief executive officer of the bank, said Ross was the perfect fit for the bank, and she is doing a good job in her new position.

“Over time, we’ve given her several different functions to do, and she’s excelled in them,” Walters said. “I just knew that if we gave her that position, she would excel at it.”

Walters said he is happy to have her there and working behind the scenes to help make the bank run smoothly.

“Right now, I just can’t imagine anybody in the organization being a better fit for their position than what Carla is to the chief operations officer,” Walters said. “She’s done wonderful. She has definitely excelled at her new position.”

Walters said Ross helps make the bank what it is, and said he’s not sure what he would do without her at First Cahawba.

“Carla is one of those people that if she came in and decided to leave, I would probably consider doing the same,” Walters said.

“I would probably cry my eyes out if Carla said she had to go work somewhere else.”

Walters said as the bank continues to grow, including opening up new branches, that Ross will play a major role in its success.

“She will be instrumental in taking us into the future on our operations side,” Walters said. “We’ve got big things planned coming up in the next [few] years.”