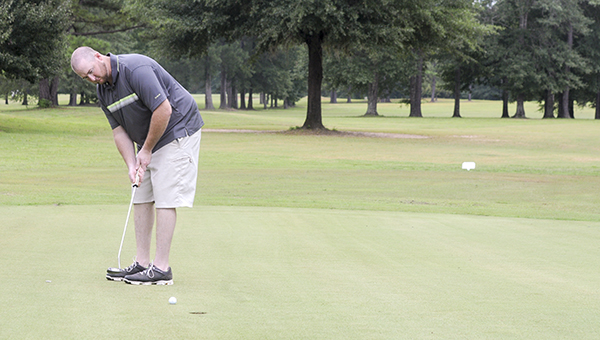 The charity golf tournament raised approximately $9,000, according to executive director Jennifer Dobbs. As donations continue to come in, the fundraiser has already surpassed last year’s contributions by more than $1,000, she said.

The golf tournament was put on to raise money for Sav-A-Life, which “is a non-denominational Christian ministry serving those in the Dallas County and the surrounding areas that are facing crisis pregnancy and are unsure of their options.”

The non-profit organization is solely dependent on fundraisers, like the golf tournament, and individual contributions so that they can provide counseling and services to women seeking help.

The tournament was a major hit as the maximum number of players registered to compete.

“We had slots for 22 teams and we filled them up,” Dobbs said. “We actually had to turn some people away because we didn’t have enough golf carts, so that’s a great problem to have.”

There were 67 total players in the tournament, according to Dobbs.

The shotgun start began at 9 a.m., and each team played the whole course.

The conditions were great with temperature  in the low-80’s and plenty of clouds blocking out the sun.

The players received a variety of door prizes and lunch of hot dogs, hamburgers and snacks.

Safe Harbor board members and staff were volunteering alongside Dobbs at the golf course.

Golfer Tim Olkie was glad to come out and support an organization that is in line with his values while also getting in a round of golf with his friends.

“It’s good for this city and this county,” he said. “Sav-A-Life is a good group to be supporting.”

The other prize winners from the tournament were the second-place team of Ron Stewart, Ryan and Roger Stone shot a 59. The third-place team of Steve Smitherman, Ray Hollingshead and Joe Crovato also shot a 59.