Teacher of the Week: Hendricks in sixth year of teaching 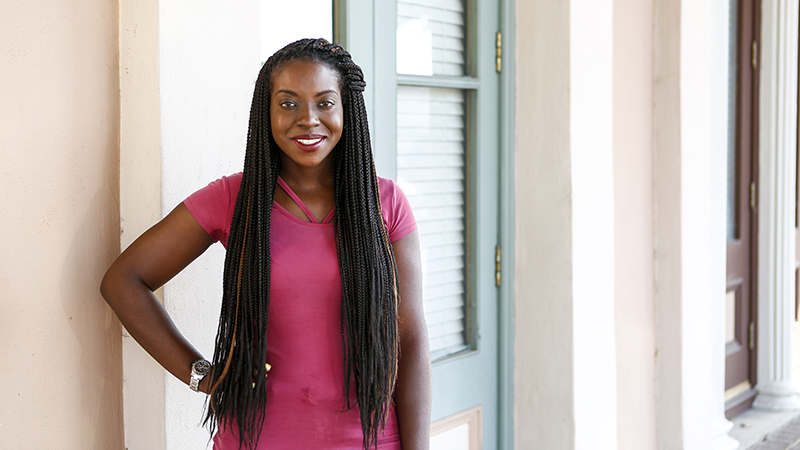 Shunta Hendricks is in her sixth year as a kindergarten teacher at Edgewood Elementary School.

Shunta Hendricks is in her sixth year as a kindergarten teacher at Edgewood Elementary School and is up for her biggest challenge yet.

Although the school plans to hire another kindergarten teacher as soon as possible, Hendricks currently has 41 students, about double what she would normally have.

That’s a large number of children, it hasn’t changed her outlook on anything.

“When I was 13 years old, I used to babysit my neighbor’s children and kids in the neighborhood, and I just love children and working with children,” Hendricks said.

“I just love being around children and teaching them and educating them and making a difference in their lives.”

Hendricks doesn’t have any children of her own, but said right now, she has 41 babies.

“I just love being around kids and making a difference in their lives,” she said. “Every day they come in and say ‘Ms. Hendricks, I love you, thank you for everything you do for me.’ They just give me hugs all day long.”

Hendricks said many of the children in her classroom come from single-parent homes, something she is familiar with herself.

“It means a lot [to make a difference]. I’m from a single household, I didn’t have two parents in my household, so I know what life is like in a single household, like [a lot] of the kids here,” Hendricks said. “I just like being there for them when they need somebody to talk to.”

Hendricks grew up in Selma and graduated from Selma High School before attending Alabama State University and receiving a bachelors and masters in elementary education.

She said she chose elementary education because she loves to help inspire young children and create a positive role model for them from the start of their school years.

“I know they have a long way until they graduate, so kindergarten is where you set the foundation into learning,” she said. “I like to make it fun for the kids so they can enjoy learning.”

Hendricks said the start to a new school year is always challenging, but seeing the results at the end are worth the hard work she puts in every day.

“Some of my kids have never been to school, so they don’t even know how to hold a pencil or write their name. They don’t know any letters or sounds or anything,” she said. “They get frustrated when they can’t grasp it or understand it as quickly as other kids. So you just have to motivate them and tell them you can do it and keep trying.”

Hendricks said the end of the school year is always a testament to the improvement of the children.

“I’m just amazed to see where they start from the beginning of school to where they are at the end of the year when they know all their letters, sounds and how to read,” she said.“It’s remarkable.”