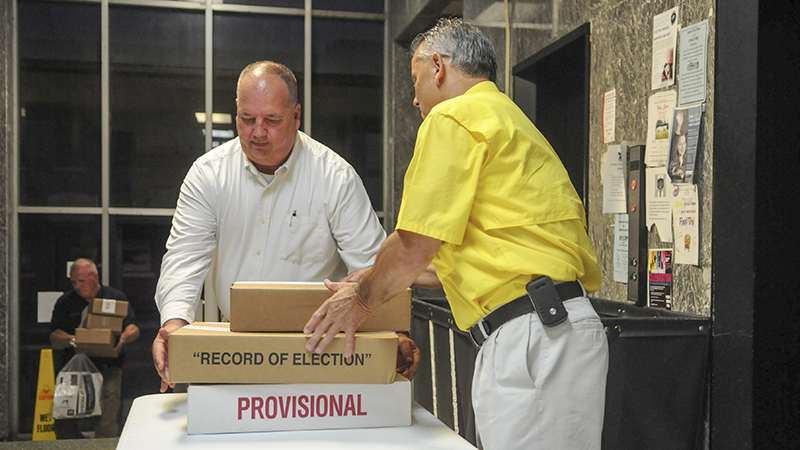 Voter turnout was higher than expected in Dallas County Tuesday in the special primary election for United States Senator.

Doug Jones led the race for the Democrats with 2,406 votes, which was 78.86 percent of the Democratic vote. Former Chief Justice Roy Moore led the Republican vote in Dallas County with 945 votes to incumbent and former Alabama Attorney General Luther Strange’s 780 votes.

Suzanne Ingram, chief clerk in the Dallas County Probate Office, said Monday going into the election they were expecting a low turnout of about 10 percent. But after the votes were tallied, around 16 percent of registered voters in Dallas County went to the polls.

“That’s wonderful,” Ingram said Tuesday night after seeing the results. “We’re just really pleased. Everything went really smooth. We had no hiccups to speak of.”

Ingram said there were no issues throughout the day, and the afternoon thunderstorm didn’t seem to affect the polls.

“This [turnout] is great for the rain we had,” Ingram said. “We had less when it was a state representative [race], so that’s wonderful. I’m really pleased that we’ve got 16 percent. Of course, I’d like to have more, but with just one contest on it, I think that’s really good.”

Ingram said she got several compliments about the new poll location at Barrett Road United Methodist Church. Voters that used to go to the old National Guard Armory were moved there for safety concerns and easier access.

“I had some voters that were very pleased with voting there,” ingram said. “Several of them came by here and commented on how easy it was, and the polls workers commented on how nice it was to work there.”

Moore and Strange are headed to a Republican primary runoff scheduled for Sept. 26. The general election is scheduled for Dec. 12.

Listed below is election results for Dallas County: