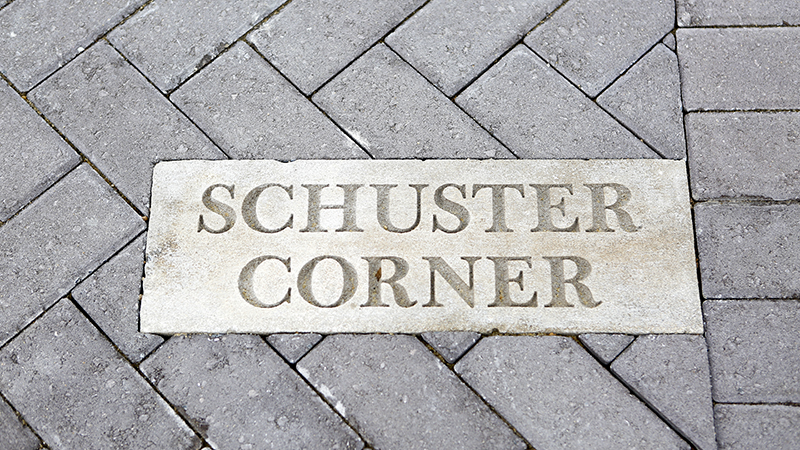 David Hurlbut has recreated a stone marker for Schuster Corner at the intersection of Water Avenue and Lauderdale Street.

A stone marking an intersection called Schuster Corner has been recreated on the corner of Water Avenue and Lauderdale Street.

David Hurlbut, owner and resident of the Harmony Club, took it upon himself to make sure the stone, honoring the late Benjamin J. Schuster, was put back.

The stone harks backs to an original marking the intersection, which has been moved to the courtyard of the Harmony Club, which was built in 1908 as a Jewish social club.

“After living here just a little while, we noticed over here on the cement on the corner was stamped in the cement Schuster Corner. We never were able to find out any history of when that happened, but it probably happened soon after his death in 1925,” said Bill Tomey, who also calls the Harmony Club home. 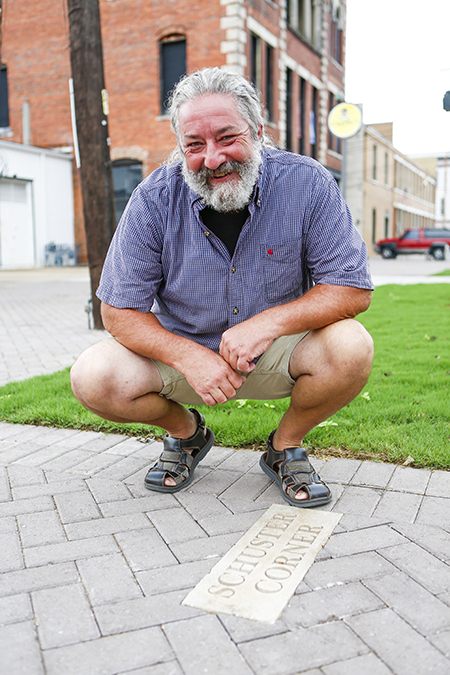 David Hurlbut has recreated a stone marker for Schuster Corner at the intersection of Water Avenue and Lauderdale Street.

Schuster was a prominent businessman and a founding member of the Harmony Club. His name is engraved in the stone on the front façade of the building labeling him chairman of the club when it was built.

“He had his hardware store where the Edmund Pettus Bridge now goes across.”

Hurlbut said after the construction of the sidewalk on Water Avenue, he knew he needed to replace the stone that was taken out during the process.

“It just seemed like an important historical marker that should be put back,” Hurlbut said. “I had the new one made and put in its place. It’s part of that forgotten Jewish history in Selma.”

Hurlbut said he is happy to see the new stone go back in place of the original.

“I’m very excited. It’s been months in the making, just getting the stone cut. It’s actually been a year now from start to finish getting the stone recut and the original placed in the courtyard of the Harmony Club,” Hurlbut said.

Keeping up with the look and authenticity of the club was important to Hurlbut, so he searched for the perfect stone for the job.

“I bought this stone at auction, and it’s the same type of stone that you see in the detail of the Harmony Club,  and I got it from the same time period so it will match,” Hurlbut said.

Tomey said he is glad that Schuster’s name is back for people to see.

“I think he would be proud to know that his name is back on the corner here,” Tomey said.