A Selma man is in critical condition after allegedly being beaten and shot in the face Wednesday evening. 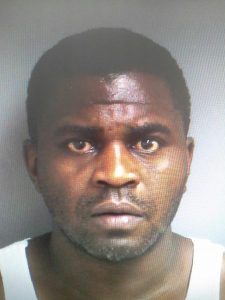 According to Lt. Tory Neely, an investigator with the Selma Police Department’s Criminal Investigation Division, the victim and 39-year-old Jeffery Harris got into an argument at a mobile home park on the 3200 block of Water Avenue around 5 p.m. Wednesday.

“They got into a fight, and I believe it was over some jealousy involving a female,” Neely said Thursday. “Harris assaulted the subject physically with his hands and the weapon by striking him. He took the same weapon and shot him in the facial area.”

Neely said Harris also shot into homes in the area during the alleged attack on the victim.

Harris is being held at the Dallas County Jail on bonds totaling $775,000. According to Neely, Harris’ relative, 56-year-old Gloria Haynes, was also arrested.

“She tampered with evidence trying to get rid of it,” Neely said. “We did locate the evidence inside a dumpster where she had picked up shell casings from the ground and tried to destroy them.” 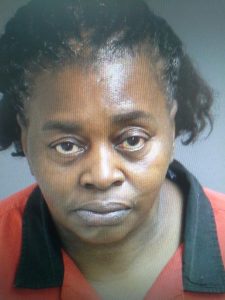 Haynes was charged with hindering prosecution and tampering with physical evidence.

She was being held on bonds totaling $21,000 but made bond sometime between her arrest Wednesday night and Thursday afternoon.

Neely said investigators were able to recover the semi-automatic handgun they believe was used in the shooting along with other evidence pertinent to the case.

The motive they have for the attack is jealousy between Harris and the victim over an unidentified female.

Neely said Wednesday was not the first time Harris has had issues with the law.

Court records show Harris has several first-degree robbery charges on his record, along with assault charges, receiving stolen property, possession of burglar tools, discharging a gun into an occupied building, possession of a controlled substance and other charges.

According to Dallas County District Attorney Michael Jackson, Harris is scheduled to have his first appearance in court Friday at 10 a.m. before District Judge Bob Armstrong.