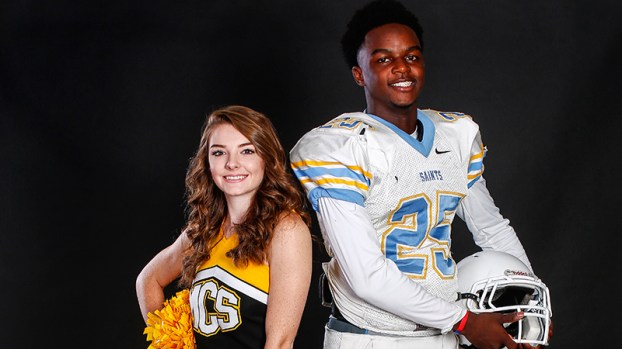 The two won a week-long Facebook contest, receiving the most likes at 1,527 of 5,630 total votes.

While Smitherman and Wade will appear on the cover, all 14 athletes will be featured in the football season preview magazine.

Gridiron will publish in the Friday, Aug. 25 edition of the Times-Journal.