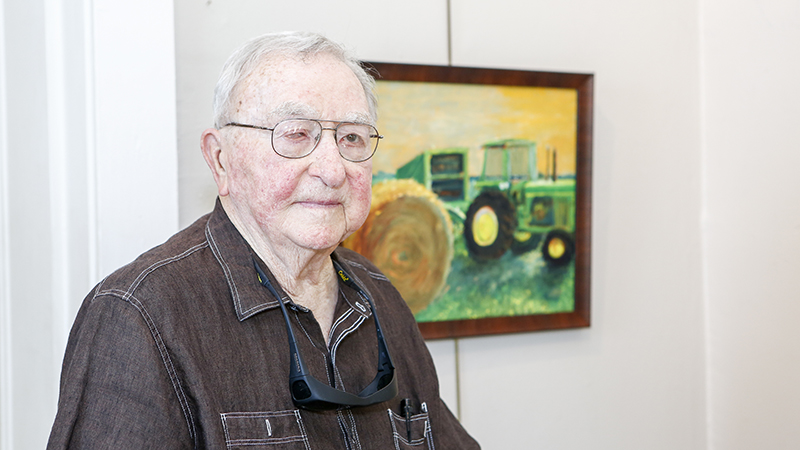 The work of Roy Childers will be on display this weekend at the Selma Art Guild. At age 92, Childers said the show will be his first one-man exhibit.

Roy Childers has been painting and drawing on and off for much of his life, but now at the age of 92, he’s finally getting to show off his work in a solo exhibit.

“I don’t think I’ve ever had a one man show, and it’s certainly an opportunity,” Childers said.

Childers began drawing while in high school when he and a few other seniors convinced a shop teacher to have an art class, with no credits.

“When I was in high school at Albert G. Parrish, there was a group of seniors that liked to draw, and we got together and got the shop teacher … to have an art class,” he said. “That is the first time I did any kind of formal drawing.” 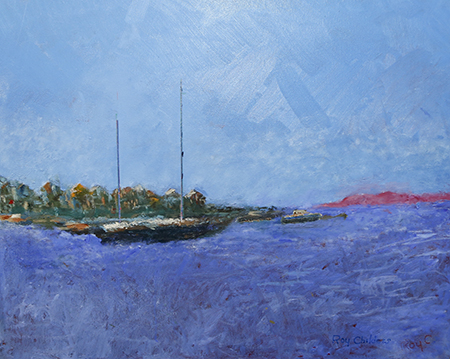 Childers started painting and drawing in school but took a break for most of his life while working and raising a family. He started again in the mid-1990s.

Childers said he was always drawing in school, besides just in his art class.

“During school, I was always drawing rocket ships and cowboys and gangsters and all kind of wonderful people,” Childers said laughing.

But it wasn’t until 1960 that he picked up a paint brush and decided to give it a try.

“I began painting about 1960. I took a correspondent’s course … and that’s the first time I had ever painted,” Childers said.

But as life caught up to him, Childers decided to put painting on the back burner until years later.

“I was married, and we had children in the house and painting got more and more in the way, so I wasn’t very satisfied, and I stopped. I didn’t paint any more until about 1993,” Childers said.

“A friend of mine persuaded me to go to Auburn University Montgomery and take painting 101, so I went out to AUM and took a course, and that was really wonderful. I’ve been painting ever since.”

Now, Childers gets to paint every Thursday night with a few other people at Cedar Hill.

“I’m not painting as productively as I used to. I don’t see as well to do paint spontaneously. It’s a slow process but … I still paint,” he said. “I’m sorry I don’t have more time to do it.”

Childers said anyone that has an interest in the arts should pursue it.

“I think anybody that has a desire to paint and draw should do it,” Childers said. “Some people are very talented and some are not, but it just takes the effort and it’s something that you can do on your own, by yourself if you want to and it’s very satisfying.”

Childers’ show will open Saturday at the Selma Art Guild during the First Morning Art Walk from 10 a.m. until noon.

The Guild will open again in the afternoon from 2-4 p.m.