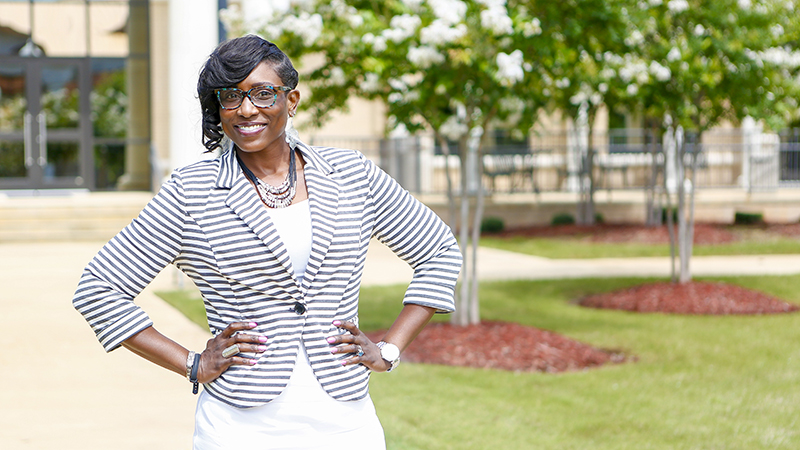 Yulonda Randolph believes that technology is one of the most important things in the world today. She strives every day to bring her love for technology to her hometown of Selma.

Yulonda Randolph believes that technology is one of the most important things in the world today. She strives every day to bring her love for technology to her hometown of Selma.

The Selma native spent her entire childhood in the city of Selma and attended Selma High School. Randolph was active in high school and remained so through her college career.

After graduating Selma High in 2000 she decided to attend Wallace Community College Selma to play basketball. At Wallace, she found her love for technology.

“I had an instructor that really inspired me and help push me into the field of technology,” Randolph said.

After spending 10 years in the Dallas County School System, she received a job at WCCS as a computer science instructor, where she currently works.

“I always express to my students that it is important to be a life long learner,” Randolph said.  “The world is changing every day and technology helps people keep up with the way in which the world is operating today.”

The 35 year old’s contribution to her community does not stop with her job. She serves as one of the officers for Alpha Kappa Alpha Sorority, Inc.

Through her sorority, She also works with the junior and senior culturamas as well as with the jewels. Both organizations are put in place to help young women grow into intelligent and respectable women.

Randolph is very grateful for her mother Brenda Obomanu and her brother Benjamin Obamanu. Both of them have played a vital role in her life.

She knows all too well how important it is to have community members interacting with kids.

“With so much crime in our community, we need someone to have positive influence on our youth,” Randolph said. “Children need people involved in their life to show them ways to turn negative energy into positive energy.”