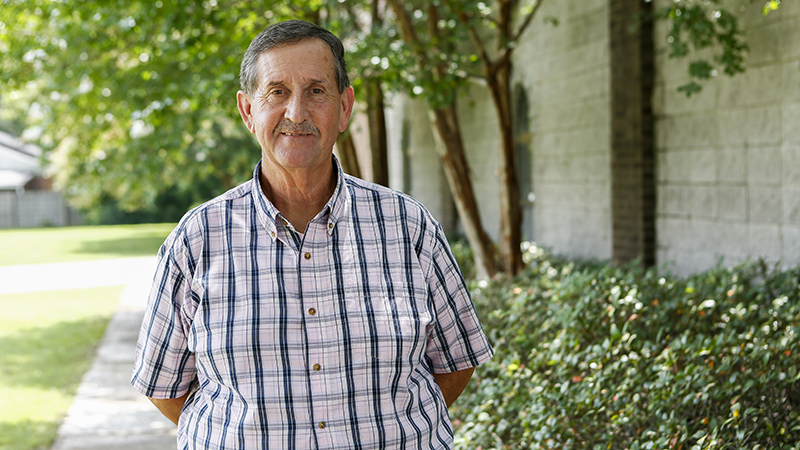 Micheal Blair is no stranger to running a school. He has spent 38 years in education in all and 27 years in administration, and although he retired in June, he has now accepted a position as the headmaster at Meadowview Christian School.

“I love the Meadowview setting of a small school, Christian-based. The parents are concerned about their kids’ education. I really enjoy being here. I look forward to it,” Blair said. “I like the area. I like being here.”

“I didn’t know I was going to retire,” Blair said.

After looking at his income and evaluating working and retirement, he decided it was time to hang up his principal’s hat.

But his retirement didn’t last long.

“I was excited to retire. I thought I was ready to go and it was time to go home, and I have all these things I want to do, but there’s that thing of worth,” Blair said. “What do you do every day that’s worthwhile? Are you doing something meaningful? It started to bother me a little bit.”

A friend of his let him know that there was an opening at Meadowview, and he looked into it and was offered the job by the board of directors. Blair said he was happy to be back in Selma.

“I came and met with the board and they offered me the job and here I am,” Blair said. “I love Selma. I loved my time in the Dallas County system… They were good folks to me, and I enjoyed the people I worked with and I made lifelong friends.”

Blair said he lived his first six years of his life in Germany, then he and his family moved to South Alabama where he eventually graduated from Ashford High School.  He later went to Huntington College and then Montevallo for his masters.

He said it’s because of one of his principals that he ended up in education.

“I became a principal because of my principal, [W. H. Brown],” Blair said. “He chose me out of the blue to receive a scholarship.”

Besides making sure everyone in the school is staying on track in education, Blair will also be spending time making sure the football team is headed in the right direction. He will be replacing Lebo Jones as head football coach.

Blair coached at Maplesville High School for almost 27 years as the defensive coordinator and also coached for two years at a private school.

“I think that academics and athletics go hand in hand. But the ultimate is academics, without it, the best players can’t play,” Blair said. “I’m excited about getting back out with the football guys. To be back out around it is great.”