A fourth suspect has been arrested in a Minter Avenue shooting for allegedly exchanging gunfire with three others last month. 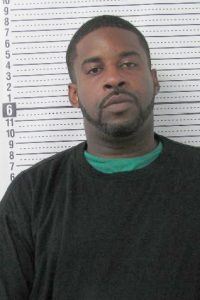 Tommie Rodell Blythe, 32, was arrested and charged with five counts of attempted murder. He is being held at the Dallas County Jail without bond.

Thomas Ford, 21, Deandre Kennedy, 18, and Barry Ford, 18, have already been arrested in the case.

They were charged with attempted murder, and at the time of their arrest, they were being held on $1 million bond each.

According to Detective Michael Kiser with the Selma Police Department, the shooting happened around 2 p.m. at the intersection of Maxey Street and Minter Avenue near Lannie’s Bar-B-Q Spot.

“There was a little black vehicle that came up the road, turned onto Maxey Street, fired some shots out of the car,” Kiser said.

A Charter Communications van that was parked at Lannie’s was struck twice, and the vehicle left the scene.

“They came back to the scene approximately 10 to 15 minutes later and opened fire again. This time fire was returned from around the back of Lannie’s … striking the vehicle several times,” Kiser said.

Blythe is the alleged shooter that returned fire from behind the restaurant.

The vehicle, where shots were allegedly fired from first, was occupied by Thomas Ford, Barry Ford and Deandre Kennedy. Barry Ford was wounded in the back during the shootout. There were also two small children in the car.

“It’s unclear at this time [if he was shot]. It’s still under investigation whether it’s an actual gunshot wound or not, but he was wounded in the back,” Kiser said, adding the wound could have been caused by a bullet fragment or a piece of the vehicle.

Selma Police Chief Spencer Collier said the shooting appeared to be an act of retaliation. When the shooting happened Lt. Tory Neely said there was an ongoing dispute between both parties but did not disclose the details.

It’s going to be a busy weekend with multiple events planned for Saturday, May 6. Starting the day off is... read more