A 30-year-old Selma man was arrested for attempted murder Tuesday for allegedly shooting another man outside of a downtown nightclub earlier this month. 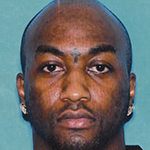 According to Lt. Tory Neely with the Selma Police Department’s Criminal Investigation Division, the charges stem from an incident that happened around 1:51 a.m. on April 16 outside of Club Entourage on Alabama Avenue.

“Basically, there was an altercation inside the club that spilled over outside of the club,” Neely said. “There was a fight where a subject got assaulted on the inside of the club.”

Neely said several people allegedly attacked a 26-year-old Selma man inside the club. When the victim tried to get away, shots were fired.

“He ran outside to try to protect himself, and then they opened fire outside of the club,” Neely said.

The victim was shot in the side and has since been released from the hospital, but Brown was also injured when the shooting started.

Brown was transported to DCH Regional Medical Center in Tuscaloosa for a gunshot wound to the buttocks. Neely said he was arrested after he was released from the hospital Tuesday.

Neely said investigators are hoping to identify more suspects in the case that were involved with the assault inside the club and the gunfire on the outside.

Anyone that was inside or outside the club when the incident happened is asked to call authorities if they have any information about who was involved.

Dallas County’s unemployment rate is on the decline, according to information released by the Alabama Department of Labor. Statewide seasonally... read more