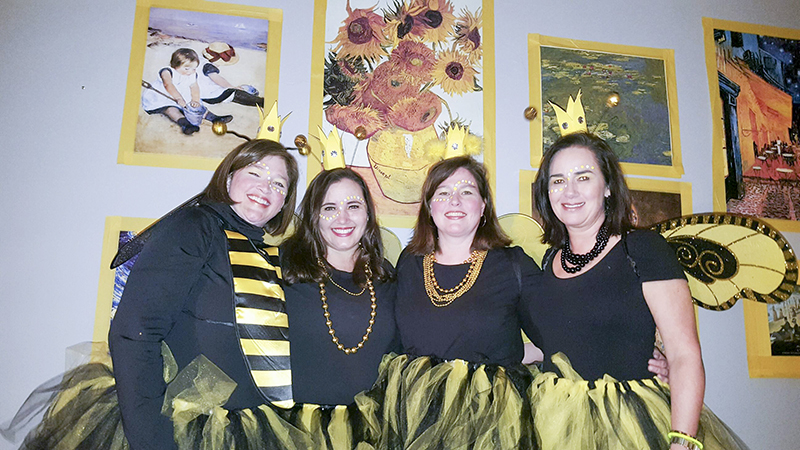 One of the longest running social clubs in Selma held its annual dance Friday night at the Selma Country Club.

The Pandora Club, which started in the 1950s, holds a dance every year, rotating between a formal and a themed costume party. This year’s theme was yellow.

The country club’s entrance, foyer and dance floor were covered in yellow, from lemons to flowers, candy and more. Some costumes include bumblebees, Prince Belle from Disney’s “Beauty and the Beast,”emojis and other bright yellow designs.

Hobbs, who will serve this year as the president of the organization, said it took club members three days to set up for the dance, giving the ladies time to catch up. 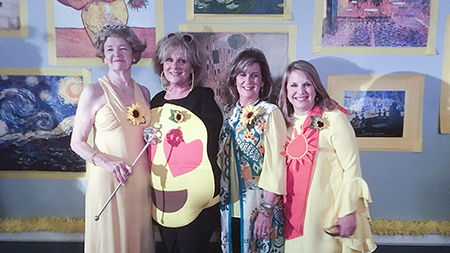 Hobbs said one of her favorite parts of Pandora is getting to know women of all ages.

“Because it’s gone on for so long, you get to be with people of all ages,” Hobbs said. “My mother was once in this, and I came in at 30 and was here with her friends, and now I’ve met a lot of people as the younger ones come in. I think it’s the intergenerational interaction that’s so good.”

The upcoming Pandora plans the dance, so Hobbs was excited to be able to use her year to turn the Country Club yellow for the night. Each year, a poem is written by a long time Pandora member to describe the theme, and this year was no different.

“Pandora is inviting you, one and all, to the Selma Country Club for the yellow ball. You must come in a yellow costume — you understand —– to dance to the music of the Fountain City Players Band,” the invitation read.

First Responder of the Week: Granthum climbs ranks to…