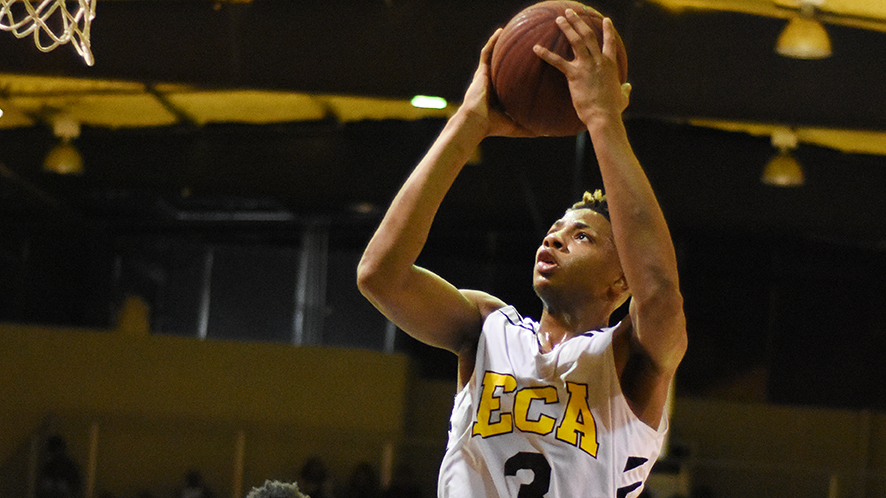 Four days after losing on the road at Autaugaville, No. 5 ranked Ellwood Christian repaid the favor Tuesday night in Selma.

The home Eagles outlasted a late rally by Autaugaville behind a 14-point night from Loveless Craig, who led three Ellwood players in double figures. The win puts Ellwood (10-6) in a tie with Autaugaville atop the class 1A, area 5 standings and with a chance to clinch at least a share of the area championship by winning out.

“It means a lot because Autaugaville is our new rivalry now and they are also in our area,” said Ellwood Christian coach Darrell Walker. “They beat us at their place, so we came back and beat them at our place. We already know we are going to see them again down the road in the area tournament.”

If Tuesday’s game was any indication, a possible third meeting in February to decide the area tournament crown looks like it’d be worth the price of admission.

Ellwood found some breathing room in the second quarter, thanks to a 7-0 run to close the first half. Markesis McMillian knocked down two 3-pointers in a three-minute span, including one that sparked the closing run. Justin Bufford had a dunk and Duantrey Franklin had a layup to put the Eagles up 30-20 at the break.

“We changed up on our defense,” Walker said. “We swapped it up on them with two minutes left in the half to our defense called “Diamond,” and that’s where we are trapping the ball, trying to get the ball out of the point guard’s hands.”

Jamel Phillips made both free throws, while Autaugaville made only one of two, to up the Ellwood lead to 47-33.

In the fourth it looked like Ellwood had the game put safely away on several occasions.

McMillian made a 3-pointer from the corner to put Ellwood up 52-43 with 4:20 left. When Craig dunked the ball on the next possession, it looked like the game was over.

Instead, Autaugaville made one last run, thanks to a layup by Keon Steele with 1:51 left that brought the visiting Eagles within five.

“Sometimes it looks like play for the crowd to make it a good game,” Walker said with a laugh.

McMillian made a deep jumpshot on Ellwood’s next possession, giving the Eagles enough breathing room to hang on.

The Eagles play at Maplesville Friday before hosting Leflore on Saturday to end a four-game week.
Autaugaville 48, Ellwood Christian 35 (Girls)

Ellwood Christian held a lead in the second quarter of Tuesday night’s game against Autaugaville, but the Eagles couldn’t hold on in what turned into a 48-35 loss.

Ellwood couldn’t overcome a three point third quarter or a field goal drought that lasted from midway through the second quarter to the beginning of the fourth.

Free throw shooting helped Selma avenge its only loss of the season.

The Saints went 17-of-19 from the free throw line Tuesday in a 54-52 win over Robert E. Lee. Jacquetta Dailey led the way with 18 points and Kynadra Lewis scored 10.

Na’Quashia Smith and Jamya Smith made two 3-pointers apiece and ended the night with 6 points each for the Saints.

No stats were provided for this game.