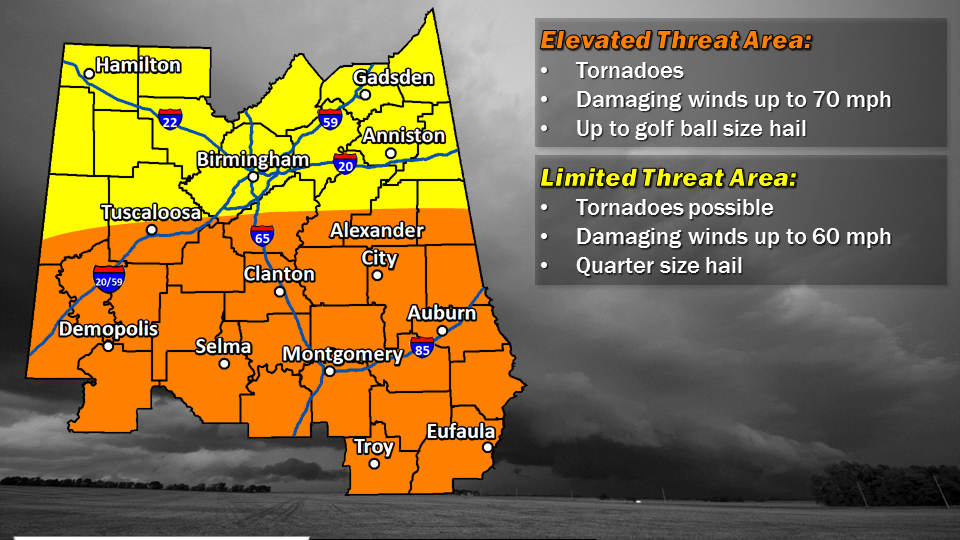 This weekend looks like it’ll be a stormy one in Selma and Dallas County.

Gerald Satterwhite, a meteorologist with the National Weather Service in Birmingham, said early Saturday morning, around midnight, the first of multiple rounds of thunderstorms will move from Mississippi and southern Alabama into central Alabama. Hail, tornadoes and damaging straight-line winds are all possible.

“We will have those storms firing over in Mississippi and southern Alabama and they will be right near what we call a warm front and that can enhance the shear those storms have to work with,” Satterfield said. “As that moves north into our area, that is going to bring the threat of severe weather with it.”

Satterfield said after the first system moves out, the weather should quite down for a few hours in the afternoon.

“Then it looks like that will move out and there will be a relative lull as we head toward Saturday afternoon,” Satterwhite said. “We can’t rule out a storm firing somewhere in the area, but it should be quieter in the afternoon.”

Another round of storms will then move into the area Saturday night into early Sunday morning. There will be a chance of severe weather with that storm system as well.

There will be a chance of showers and thunderstorms Sunday, but the threat of severe weather is expected to be over after the morning hours.