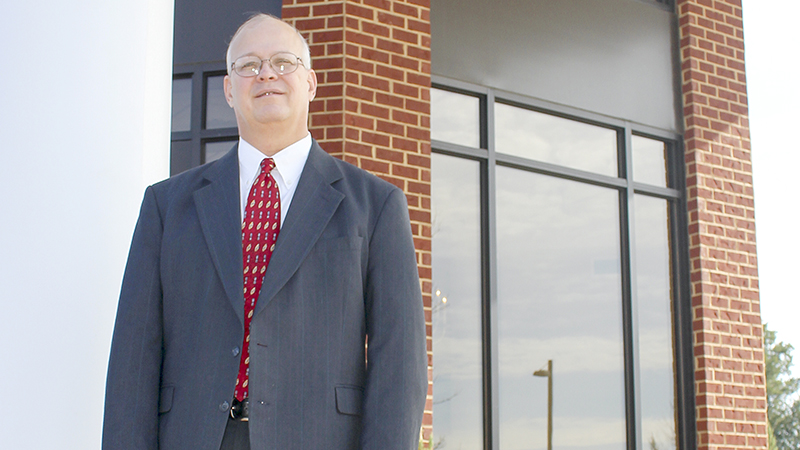 Richard Walters has had a host of job titles at First Cahawba Bank since its founding 10 years ago.

His latest will be president and CEO, a move that became effective Jan. 1.

Walters follows Catesby Jones in that role. Jones will continue to work daily as the chairman of the bank’s board.

“I’m not going anywhere. I’ll be working on a day-to-day basis,” Jones said, adding he would like to have a little bit more time to spend with his grandchildren and at the family’s beach home.

Jones has served as the bank’s chairman, president and CEO since 2010. Before then, he was chairman.

“A little change is not bad after a while. Richard has been with our bank since the very beginning,” Jones said.

Walters is on the bank’s board and has served as chief financial officer and worked with compliance and in technology/IT.

“He has held a lot of different roles around here,” Jones said. “I’ll be here supporting him and hopefully take this bank to another level.”

Before joining First Cahawba, Walters was the chief operations officer for AmeriFirst Bank, which is based in Union Springs.

“I’m a career banker. Next year, I will be in my 40th year of banking,” Walters said.

Walters joined First Cahawba in 2007 as the bank was being formed.

He is a graduate of Auburn University at Montgomery, where he earned an accounting degree. He and his wife Gwen have two daughters, Morgan and Hannah, both students at Auburn University. The family lives in Cecil.

“The plan right now is to development into other markets throughout Alabama, to try to increase our shareholder value,” Walters said. “I feel great about our chances to branch out and do other things.”

First Cahawba has two branches in Selma and a loan production office in Troy.

“We are looking at that market and other markets to put in some full-service branches down the road. It just depends on whether or not we feel we can make those operations profitable,” Walters said. “I’m looking forward to being the one to make those decisions to help us grow.”