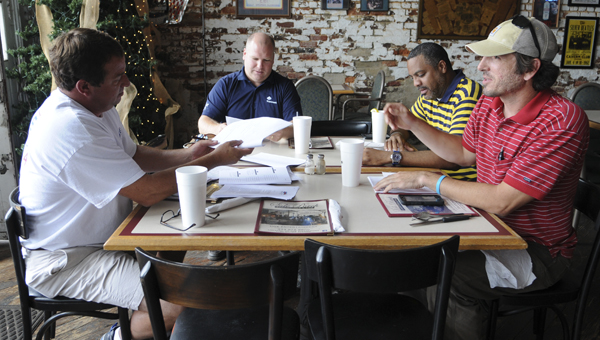 The Downtown Association has recently relaunched as Main Street Selma.

“It’s the same structure, but we’re re-launching it with new branding and a new board,” said Clay Carmichael, Main Street Selma president. “It hasn’t been very active over the past few years so now we’re making it active.”

The Downtown Selma Association began in 1980s through the Alabama Historical Commission (AHC). The AHC acted as a means to provide guidance, support, services and certification for community revitalization to participating cities. The AHC program lasted until the early 2000s because of budget cuts, according to mainstreetalabama.org, but contracted with the national Main Street center in 2009 to assess the need for a revitalized statewide program.

Main Street Alabama was then incorporated in 2010 to serve as a state coordinator for the national program.

“Then the state got a new director and so, in that time, we’ve revived that program here,” Carmichael said. “The way the program kind of works is we can look at how other cities have been successful and implement the same ideas here and vice versa. We can just work with each other in trying to improve our city.”

Carl Bowline, secretary and treasurer, said the local program was renamed to reflect its parent program.

According to its website, the mission of Main Street is to build on authentic history, culture and attributes of specific places to bring sustainable change — qualities that are already reflected in many existing organizations in Selma.

With that in mind, a majority of Main Street Selma’s board is comprised of individuals who are active in other civic type groups and organizations that already work toward making Selma better.

“Without a good downtown, you don’t have a very good city, so you want to make sure your downtown is thriving for your city to be thriving,” Carmichael said.

“We want to help get cash registers ringing. We want people to come buy and shop downtown.”

Right now the board is getting organized and collecting information to develop ideas. One way they have already started this process is through the Fly Paper Project, a traveling board for residents to give feedback, and taking suggestions on Facebook on the page Main Street Selma.