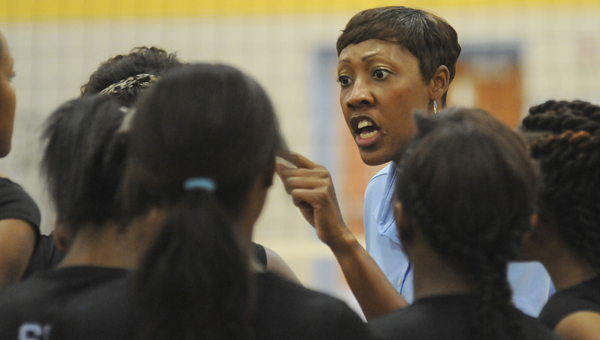 Selma High School athletic director Melissa White will not be the head coach of the Saints’ volleyball team this upcoming season. –File Photo

Selma athletic director Melissa White won’t be coaching the Saints’ volleyball team this season. White said an announcement on the school’s replacement should be coming in the next few weeks.

“My thing with them was making sure they are in good hands, somebody who is going to bring something to the program, somebody that is going to continue on the vision I have for the program and someone who has that experience,” White said.

Volleyball practices officially start on Aug. 1, and teams can play their first match on Aug. 25. Until the new coach takes over, White said she will lead the Saints.

She said if this wasn’t her first year as the athletic director, or if she thought the athletics department was already where it needed to be, she might’ve been able to keep both roles.

“If I was already in it and the program was where it needed to be, it would be a little more easier, but right now for me it’s just rolling up the sleeves and trying to get this program to where it needs to be,” White said.

She will remain an assistant coach for the team. White said Selma is hosting a play date July 12 that will include Dallas County, Southside, Lee, Sidney Lanier and Linden.

“They know what my expectations are and I’ve shared that with the incoming coach and what I envision and what I have envisioned for the program,” White said. “The kids have bought into the system, and it’s actually about just putting it in play now.”

“All of that is still being reviewed,” White said.