Women charged with assisting murder suspect on the run 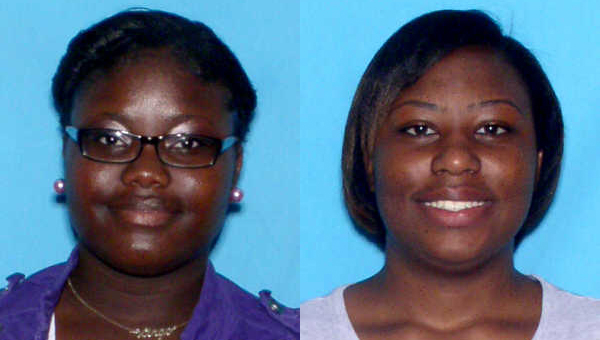 Kenyatta Wilson, 21, and Jalysa Turner, 19, have been arrested and charged with hindering prosecuting for allegedly helping murder suspect Vardarius Hall escape to Oklahoma and then Florida.

Kenyatta Shantae Wilson, 21, and Jalysa Shanjetti Turner, 19, were arrested Tuesday evening after being interviewed at the Selma Police Department.

Both women were charged with one count of first-degree hindering prosecution, a class B felony, and have been transported to the Dallas County Jail with a no bond as of Tuesday evening.

“We learned that after the shooting incident, they together transported Mr. Hall out of Selma,” said SPD Lt. Tori Neely.

Authorities believe Turner and Wilson transported Hall to Oklahoma immediately after the shooting, and then to Florida.

Hall is wanted in connection to a shooting on Sunday that left Lowndesboro resident Jermaine Tarver, 27, dead.

Hall and Tarver were playing cards when the two got into an altercation over personal property, according to authorities.

Hall allegedly pulled out a firearm and shot Tarver in the upper torso area five to seven times, investigators said.

Tarver was transported to Vaughan Regional Medical Center by private vehicle and was later pronounced dead.

Investigators are currently working to locate Hall and have rendered the assistance of the U.S. Marshals to apprehend the suspect.

“I think this is a lesson learned for the two young women that transported him away,” Neely said.

“If you assist someone that is wanted by law enforcement and find out this was done, there are criminal charges that will be pursued against you.”