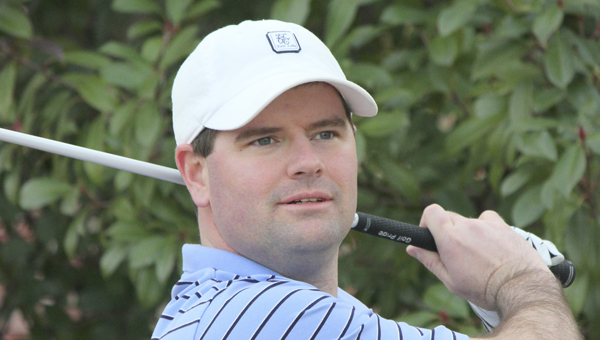 Selma native Will Swift will compete in the Alabama Men’s State Amateur Championship this weekend.

Selma native Will Swift is preparing to tee off at the 100th Alabama Men’s State Amateur Championship in Birmingham. Swift, 38, has been golfing most of his life and has won multiple tournaments — both at the course in Birmingham and on other courses.

Swift, who resides in Vestavia Hills, has won the Alabama Men’s State Amateur Championship before, but he has not won the tournament recently. This year, Swift said the competition will be top notch since every golfer wants to compete in the tournament’s 100th anniversary.

Over the past year, Swift said he’s made an effort to practice more, in hopes of producing stronger results at tournaments like the one this weekend. He knows it will be tough to be at the top of the pack when Sunday rolls around, but he’s not letting the competitiveness of the tournament get to his head.

“I’m not really concerned with what everybody else does,” Swift said. “I’m just trying to play the best I can play with the amount of golf that I’ve been playing.”

Swift will be teeing off Thursday at 1:50 p.m. with Hunter Bronson and Seth Sargent, two other he knows well.

“I know quite a few guys I’m playing with,” Swift said. “I’ve known them for a long time.

They’re good players. I feel good about my grouping.”

While Swift is tempering expectations for the tournament, which will begin with 156 golfers, his father Buddy Swift believes his son is capable of finishing near the top  Buddy, who lives in Selma, said he’ll have to miss most of the tournament due to work, but if Will is close to the leaders on Sunday, he’ll find a way to make it to Birmingham to cheer on his son.

Regardless of how Will finishes, Buddy is happy with all Will has accomplished in golf so far.

Swift has been named the Alabama Golf Association player of year three times — 2002, 2005 and 2006 — and has been playing golf since he was 5 years old. Recently, he’s taken more time to spend with his family.

Will said golf is not the most important thing when there is a family to support, but that doesn’t mean he doesn’t have his goals set to win the Alabama Men’s State Amateur Championship this weekend.

“I don’t know what it will take to win, but this golf course will put up a really good test, and it’ll be exciting to play this tournament on this golf course,” Will said.