An 18-year-old has been charged with attempted murder Wednesday after allegedly shooting into a vehicle.

Juwan Howard, 18, of Jones, was arrested and charged one count of shooting into an occupied vehicle and one count of attempt to murder. He is currently being held at the Dallas County Jail.

The Selma Police Department patrol officers responded to a call Wednesday of a shooting on the 2000 block of Woodrow East at 3 p.m. The officers spotted the suspect while en route to the scene and conducted a traffic stop. At that point, the suspect jumped out of his vehicle and fled from police. The police were able to apprehend the suspect with the assistance of a Dallas County Sheriff’s deputy. 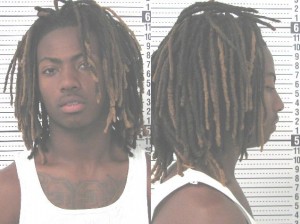 Authorities said through the investigation, officers learned Howard was connected to a shooting of an occupied vehicle. Police said the vehicle was transporting three persons ages 18 years and younger, but only a female juvenile was in the vehicle at the time of the shooting.

The victims of the shooting were confirmed as students of Dallas County High School, according to Dallas County superintendent Hattie Shelton.

Investigators said no one was injured during the incident.

“I’m just really proud of the patrol officers who responded to the call,” said SPD’s Lt. Sam Miller. “[They] were able to apprehend the shooter and get the gun and him off the streets.”

Police speculated the shooting is a result of an ongoing dispute, but it remains under investigation.

“I’m just hoping that everyone was safe and no one was injured and that, preferably, this is the end of whatever happened,” Shelton said.

District Attorney Michael Jackson said Howard appeared in court Thursday. Howard was given a $250,000 bond per charge and will reappear in court on June 7 at 9 a.m. for a preliminary hearing.