Morgan Academy’s Harrison Adams has a new title to add to his impressive list of achievements.

Adams has wanted to be valedictorian since the ninth grade, but he’s taken his studies seriously since elementary school.

“I would describe myself as an internally motivated person, but I’ve had a lot of external factors that have motivated me as well,” Adams said. “My parents did a great job of raising me and the teachers and administrators at [Morgan Academy] do such a good job of helping me with studying because I miss so much school with all the extracurricular activities I do that they really keep me up to date and do their best job to help me out.” 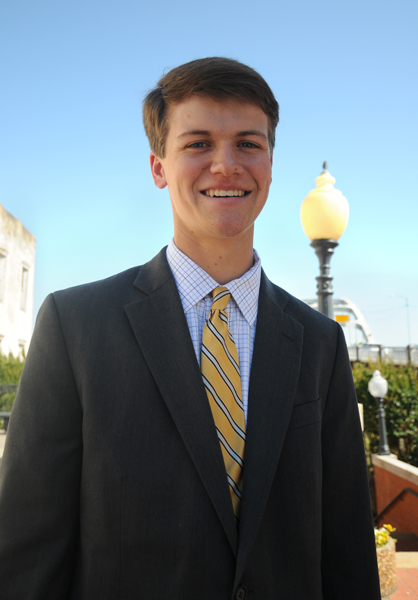 Adams’ attention to his studies has paid off. He has earned more than $280,000 in scholarships to schools across the Southeast.

“It’s really a program that is built around people who have had a great academic record, but also have a record for community service,” Adams said. “And that experience allows you to continue that when you go to college.”

Adams has participated in multiple student organizations. He was captain of the varsity football team, but also played basketball, baseball and golf.

“He’s an excellent young man and has a bright future,” said Jake Wingo, former football coach at Morgan Academy. “I’m just proud of his work ethic in everything that he does. In athletics and in school. He’s accomplished a lot of great things.”

For the average student, taking on just a fraction of what Adams does could feel overbearing, but he doesn’t feel like it’s taken away from his high school experience.

Once at UA in the fall, Adams plans to major in economics and political science. A long term career goal for him is getting his juris doctorate and possibly working with collegiate athletics.

“He is such a blessing, and it has been a joy to watch him grow.” His mother, Stacey Adams, said. “Bart and I are both Alabama alums so we think it’s pretty special that he is going there and that he will be close to home.”