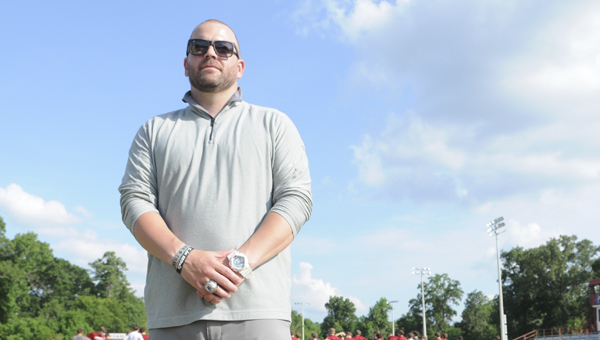 Morgan Academy has made another hire in its athletic department, bringing on Eric Folmar to replace Jeremy Carter as head coach of the baseball team and assistant coach of the football team.

Folmar has spent the past two-and-a-half years as the head football, track coach and assistant baseball coach at Southwest Georgia Academy. He was offered the position Wednesday and officially accepted it Friday.

“I’ve known about the prestige of their athletic program in the past,” Folmar said. “That was something that really seemed like a great opportunity.”

Prior to coaching at Southwest Georgia Academy, Folmar was a linebackers coach at Faulkner University and the assistant football and baseball coach at Edgewood Academy.

Folmar is excited about taking over a baseball team that is coming off a successful season that included winning a playoff series and beating eventual class AAA state champion Glenwood in one game of a best-of-three series.

“He’s a young guy like myself and very passionate about the game,” Folmar said. “I think we have a lot of the same ideas as far as working a very structured and disciplined program and I look forward to joining him and getting that thing turned around.”

In addition to coaching, Folmar will be teaching personal finance and physical education at Morgan.

He plans to move to Selma soon after his current team’s baseball season ends. Southwest Georgia Academy plays in the semifinals of its state tournament Friday.

“I’m looking forward to making the move over there,” Folmar said.