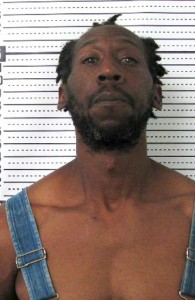 “It was pretty open and shut. He walked up and confessed to police offers. The officers called detectives and everybody did their job,” said SPD Lt. Sam Miller.

Investigators said the houses were ignited between 2:30 a.m. and 3 a.m. and Spears turned himself in shortly after the last fire was set.

Spears told investigators he started the fires as a result of an ongoing family dispute, according to Detective Ray Blanks.

Blanks said Spears allegedly burned two homes at Van Court and one home on Lapsley Street. He said no one was injured and no families were displaced from the fires.

Spears appeared in court for a bond hearing on Friday. He was given a $500,000 bond. His preliminary hearing will be June 7.

“We’ve had a lot of recent arson all over the city of Selma,” said District Attorney Michael Jackson. “We’re glad several suspects have been arrested lately.”

He was charged with four counts of arson, two counts of unlawful breaking and entering and one count of criminal mischief.

According to authorities, Oliver told investigators he started the fires because somebody hit him in the eye.