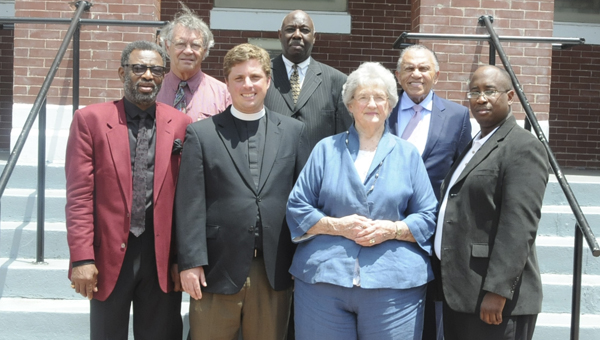 A board of directors has been formed for the Selma Children’s Chorus and Orchestra and fundraising efforts are also underway.

The orchestra was the idea of William Maxwell, the founder of the Genius Discovery Academy, but it hadn’t gained a lot of momentum since it was first announced in January of this year. Only two children participated in four auditions held during January.

Since then, a board of directors has been created to try to move the idea forward.

“Every person has told their story about why they are here. We are different notes, but are all making one melody,” Maxwell said.

The board met for the first time on Wednesday and discussed the recruitment of a choir director, fundraising ideas and searching for a place to hold regular rehearsals.

“The board is ready to hire a music director who will be in charge of about 20 to 30 young people in the Selma and Dallas County area,” said board president Jack Alvey.

Alvey said a couple of people have applied for the position. The board hopes to name a music director by July 1.

Monetary donations have been made toward the orchestra and choir, but Alvey said more is needed to support concerts and other performances.

“We want to raise about $25,000. We are almost halfway there in terms of raising money in the community and grants we have received from the St. Paul Episcopal Church from their outreach fund,” Alvey said.

He said there are plans to contact businesses, civic organizations and churches for additional donations.

After everything is up and running, children who join the group will have to pay tuition, but no child will be turned away because of finances. Alvey said he believes this will be a way to maintain the program for years to come.

A yet-to-be-confirmed church is being considered as the primary venue for rehearsals.

“Maxwell has a dream of gathering children in a choir to not only improve the development of their brain and thinking, but also as a way to share love and hope in the community,” Alvey said.

The next Selma Children’s Chorus and Orchestra board of directors meeting will be open to the public and is scheduled for June.