Russell Alexander II never planned to become an actor but has found a passion on the stage.

He is the son of Russell Alexander and the grandson of Viola J. Dudley who are both residents of Selma. His mother and stepfather are Tamara and Jerome Johnson of Montgomery. 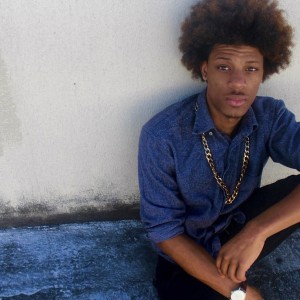 Russell took an interest in acting after years of singing in his high school choir at Booker T. Washington Magnet High School in Montgomery. He said after he saw the musical theatre department perform a couple of times he wanted to take a shot at it himself.

“My first show was ‘The Wiz’ when I played the role of the scarecrow. It was the moment that changed my life and when I knew I wanted to perform,” Russell said.

The Kennedy Center American College Theater Festival in Charleston, South Carolina has recently honored the senior theater student of University of Alabama at Birmingham for his 2015 performance in UAB production “SFB.”

He played the role of Con and won the category of Best Performance by an Actor and it is his first time receiving a national award.

Alexander said shortly after he returned back from the festival, he received an email asking him to participate in a workshop.

“I am very grateful and humbled that I was extended an offer to take advantage of these things. It’s surreal and I was surprised,” Alexander said. “Now I get the chance to stand on stage and be seen by 14 different professional different theatre companies.”

Alexander will be compensated and granted free living and travel arrangements. The workshop lasts from July 23-31.

Dennis McLernon, who is head of performance in the Department of Theatre at UAB and works closely with Alexander, said he is excited for him and his future.

“I am full of admiration and gratitude that I have an opportunity to work with a student who is so talented,” McLernon said. “The workshop will be great for him because he will meet other young actors, stage directors from around the country.”

In addition to attending the workshop at the Kennedy Center this summer, Alexander will also by traveling to Ohio to perform two productions: “A Chorus Line” and “Little Shop of Horrors.”