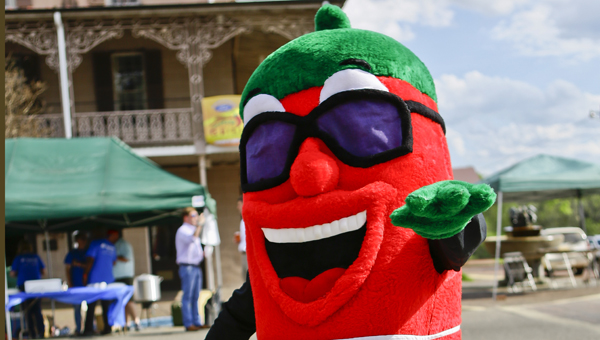 Leslie Free, a member of the class who has been planning the cook-off every year since its inception, said they want to make sure all competitors have an equal chance this year.

There have been a couple of rule changes for this year’s event.

All chili must now be tomato based, meaning white chili is now no longer allowed in the competition. Vaughan Regional Medical Center’s white chili has won the Fan Favorite award during the last two cook-offs.

“We want to make it even for all teams to cook the same type of chili to make the cookoff more fair,” Free said.

Bad weather forced last year’s cook-off to be rescheduled. Free said the class would be monitoring weather very closely for the upcoming week.

Free said if there was a chance of rain, the class would make a determination by Tuesday about whether to postpone the cookoff. Weather forecasts show a chance of rain on Wednesday, but little to no precipitation for Thursday.

Free said the event has become easier to plan over the years and everything is ready to go for the cook-off this week.

“We have had meetings with the mayor, police and fire departments and traffic divisions and everything is in order,” Free said.

There will be a meeting to talk to all team captains on Monday at 5:30 p.m. at the St. James Hotel.

Free said it is not too late to register for the cook-off. Teams can sign up until Monday.

She said the event has donated more than $33,000 to the community through the years.

“Each year it gets easier. We know what to expect and learn from each year what changes we can make. This year has been a lot easier than others,” Free said.

“I’m excited that they chose us to be the recipient of the proceeds this year. We survive on donations and grants,” Harrison said in a previous interview with the Times-Journal. “Every dollar that we get in donations, we turn it into food and then distribute it out throughout various agencies that do business with us.”

The cook-off will open to the public at 4 p.m. on Thursday. Admission is $5. Children under 8 years old are free.