Crenshaw will not seek reelection to council

Selma City Councilwoman Bennie Ruth Crenshaw has announced that she will not seek reelection. 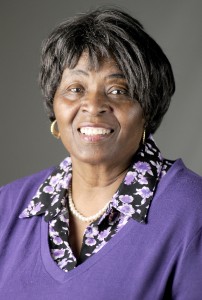 Crenshaw has served on the council for the past 20 years and has been reelected five times.

“Now is the time to move in another direction to continue helping people and the city I love so dearly,” Crenshaw said.

She said she will continue to work to empower young people, families and the elderly and thanked Ward 7 for their support and help with different initiatives over the years.

“My prayer for Selma is for the city to one day reach its full potential. However, this vision can only become a reality if the citizens scrutinize city government and make sure it is working for the good of all people,” Crenshaw said. “The community must enact changes this upcoming year to ensure the people of this city will feel safe, prosperous and proud.”

Crenshaw said she is proud of the fact that Ward 7 has had some of the city’s lowest crime incident rates over the years. She said keeping crime low and the community clean are important in saving the city’s neighborhoods.

“My prayer is that the next council person for Ward 7 will continue as a strong voice for the people,” Crenshaw said. “It has been challenging, but yet rewarding. It has been a blessing to have been a servant for the people for 20 years. I give God all the honor, all of the praise and all of the glory.”

Crenshaw’s decision to not see reelection means there will be at least two new faces on the Selma City Council.

Ward 1 Councilman Cecil Williamson has already announced his intention to not seek another term.

The municipal elections will take place in August.

Qualifying starts in April and will run through early July.

Cahaba Center’s Greg Walker (40) dribbles past a defender in the first half against Montgomery TRC Tigers during the Special... read more