Concordia women are top seed in USCAA tournament, men are No. 3 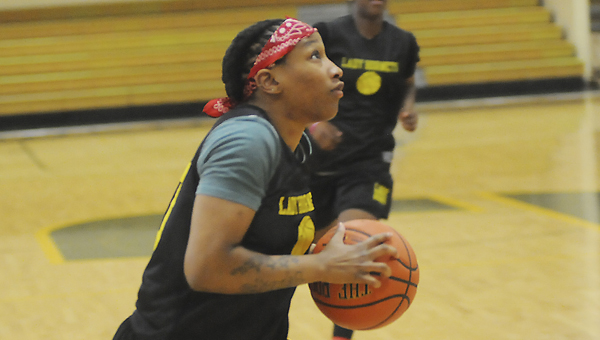 The No. 1 seed Concordia College Alabama Hornets women’s team travels to Uniontown, Pennsylvania next week to play No. 8 seed The Apprentice School Wednesday at 10 a.m. The No. 3 seed Concordia men face the No. 6 seed SUNY Canton Wednesday at 3 p.m. — Justin Fedich

The United States Collegiate Athletic Association announced the eight teams that made the field in the men’s and women’s Division I brackets Wednesday, and both Concordia College Alabama teams feel good about their chances to win it all.

Concordia’s women, who were ranked No. 1 throughout the season, secured the No. 1 seed in the tournament and will play No. 8 seed The Apprentice School Wednesday at 10 a.m. The Concordia men are the No. 3 seed and will face No. 6 seed SUNY Canton Wednesday at 3 p.m.

All tournament games will take place on the campus of Penn State Fayette in Uniontown, Pennsylvania.

“We just want to stay loose, stay confident, be focused when we go up there and we’ll be fine,” said Concordia women’s head coach Howard White.

Concordia’s women’s and men’s teams both lost to Daemen College in the tournament last year.

The women lost in the semifinals of last year’s tournament after winning the national championship in 2014.

Senior Erica Ousley is the only player remaining from that national championship team.

She said she’s given advice to her teammates going into this year’s postseason.

“I told them there’s going to be nerves. Just come out and play. Do what we’ve been doing all year,” Ousley said.

A big factor in Concordia’s success this season has been a result of the dominance of forward Shauntavia Harris. She’s been a matchup nightmare for opposing teams.

“I just let it go, and I told myself as [long] as this season I progressed and got better, we could get up there and get a ring this season,” Harris said.

After a loss in the semifinals of the tournament in 2015, Summers is determined to get his team a couple steps further in 2016.

“I want them to remember the way they felt after that loss last year,” Summers said. “We had the game in our hands and allowed it to slip away. I don’t want them to forget that so history doesn’t repeat itself.”

Summers said he has a majority of his team back from last year, so a good number of players still have that bitter taste in their mouth from the way the season ended.

“They’re anxious to get back and do the things necessary to win a national championship this year,” Summers said.

Both Concordia teams come into the USCAA tournament with different seeds and different first-round opponents, but both teams have much in common as they begin their postseason journeys.

They’re both taking the same 13-hour bus ride to Uniontown, they both were ousted by the same team in last year’s tournament and they both have realistic goals of winning a national championship this season.

“We’ve beaten teams a lot harder than them, so we just stick to what we do, and don’t change anything and we’ll be fine,” White said of The Apprentice School.

The Concordia women will close out their regular season at home against Hiwassee College Friday on senior night.

The men won’t play again until the tournament.