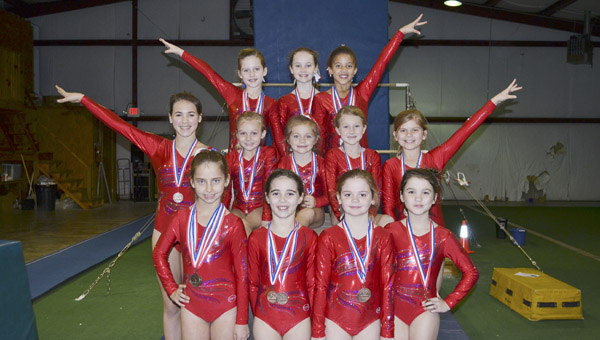 The Dixie Flips Gymnastics team competed in the State Compulsory Gymnastics Meet in Tuscaloosa on Dec. 4-6.

In the level two division, Shyana Montoro placed seventh on vault, tenth on bars, eighth on beam, sixth on floor and ninth in all-around in the Sr. age division. Alyssa McCloud placed eleventh on vault, bars, beam, and all-around and third on floor.

Jaden McGee placed tenth on vault and bars, third on beam, second on floor and eighth in all-around.

In the level four division, Evey Craig placed eleventh on vault, bars and all-around, ninth on beam, and tenth on floor.

After taking a break for the Christmas Holidays, the Dixie Flips will enter into the spring season.Class will resume after the first of the year. For information call Tracey Craig at 431-0041.